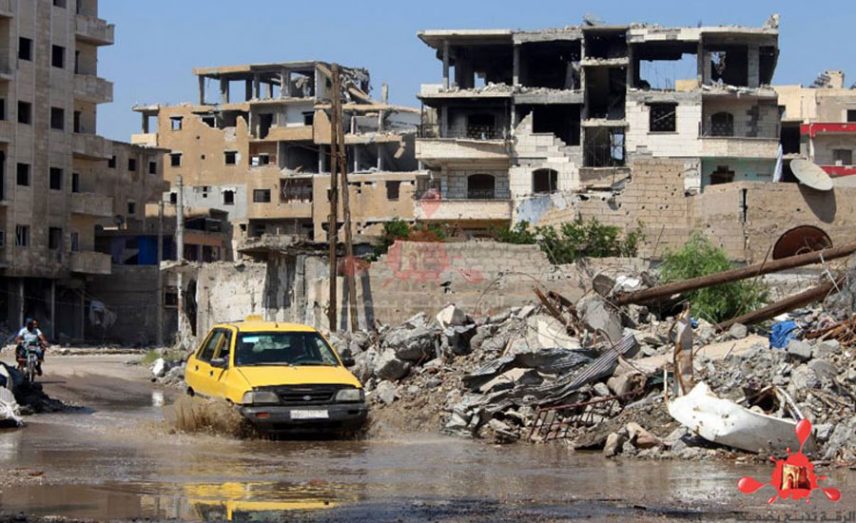 Many questions have begun to circulate in Raqqa and the surrounding countryside about the city’s fate. Residents are concerned about the discussion of agreements signed between the Syrian Democratic Forces (SDF) and the Syrian regime, and their return to the city, which has become the only topic of conversation.

Enab Baladi surveyed views from some residents in Raqqa to understand their concerns. Omar al-Sayed, known as Abou Mohamed, 36, said: “We no longer know who is lying and who is telling the truth.” He said, “People have a right to know their fate and what is happening behind closed doors.”

Sayed spoke about reports suggesting the Syrian regime would return to the city, as it was close to SDF areas, alongside the preparation of areas which were said to become “security squares” for the regime, and the clearing out of images and billboards of “Kurdish parties” and their slogans, which used to be widespread.

Since the start of June, there has been talk about direct, unconditional negotiations between the Syrian Democratic Council and the Syrian regime, according to the council’s joint president, Ilham Ahmed, after a meeting which was the first of its kind with Mays Kireidi, official spokeswoman for the Syrian Democratic Front, which is part of the internal opposition.

This created uncertainty which knocked on every door of the city, out of fear of an unknown future and questions over whether the regime would return. If it was to return, then what would be the limits of its influence, and to what extent would its fighters be deploy, and what would be the scope of their powers?

A number of activists from Raqqa told Enab Baladi that the SDF and the regime had reached an undisclosed settlement through which regime institutions inside SDF controlled areas would become operational again and the regime would also take control of areas that held government buildings.

Some residents spoke of regime images and advertisements being raised in some areas, and open protests in Raqqa’s streets expressing disappointment at this probable return, more than five years after the regime departed the city at the start of 2013. In 2014, Raqqa was the first Syrian province from which regime forces fully withdrew from.

Fear of a new displacement

Many residents do not want an Assad regime security square in the city, the prospect of which has stirred their fears. Many questions have been raised about the situation of those who are wanted by the regime, whether civilian activists, opposition members or army defectors, and how they would be dealt with. Sami Sharaf, known as Abou Abdullah, 50, raised the question to Enab Baladi, unable to hide his tears when he described the tragic situation in his house, which has three rooms divided with his brother’s family.

Sharaf said: “We no longer have the financial or physical ability to handle being displaced.” He expressed his fear of the situation in the area, despite the relative calm he was experiencing now. He recalled a popular proverb to describe residents’ situation: “People walk beside the wall and say they want cover.”

Meanwhile, Ragheb Khalaf, 52, said that he would gather his belongings, including mats and some pillows, and leave the area if the regime entered Raqqa: “We’ve had enough of prison and torture and repression. I don’t want to lose anyone from my family.” With the regime, according to Khalaf, “there’s no safety, especially since it is beginning to take over the city, and maybe all the areas controlled by the SDF.”

Despite the daily discussions among residents about the deal between the SDF and the regime, a number of sources close to the SDF denied to Enab Baladi that there was any discussion of the regime returning to Raqqa, or any other areas under its control. They also denied that there was any discussion of foreign forces (American, French and British) withdrawing or removing military bases from their areas or handing over these areas to the regime’s influence. They said the regime was not advancing into these areas currently and that international protection for these areas would prevent any attempt to advance.

Several Kurdish political leaders, including from the SDF, have previously expressed their desire to negotiate with the regime to reach a political solution and said they were prepared to talk with them.

Amid all of this, resident’s questions remain unanswered, and they are calling on the SDF to make their position clear. An activist, who asked not to be named, expressed this to Enab Baladi, saying, “It’s not a solution to stay silent only to surprise us later with a fait accompli which is at the expense of the people’s security and lives.” He called on the authorities to survey the options of residents and take them into consideration as they are the decision-makers in these sorts of issues, which he described as “fateful.”