As the regime wraps up operations in the south, questions about the fate of the north are being asked writes Hurriya Press 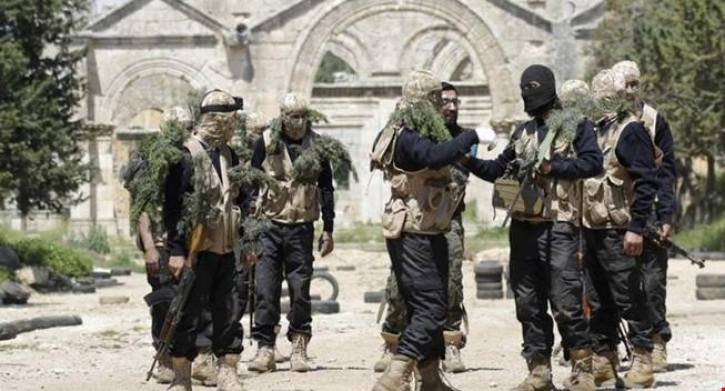 There has been a great deal of talk recently about the fate of Idleb and its countryside, especially after the advances made by regime forces and Russia in southern Syria. Eyes have now turned to what is happening in northern Syria, the only remaining opposition stronghold. This has opened the door to analysis and predictions, following the statements by decision makers in Syria, that tries to predict the fate of the last citadels of the Syrian revolution and opposition areas.

Speaking to Hurriya Press, the military and strategic analyst Brigadier General Ahmed Rahal said: “Logic requires that we be ready for the worst and to prepare and to work rather than despair.”

Rahal added that “The presence of Turkish observation points deployed in northern Syria is a deterrent for any possible military action, and if there is any attack, this would impact the sovereignty of the Turkish state and would need to be repelled. In addition, there are three and a half million Syrians currently in Idleb and its countryside, following the displacement of Syrians from other areas subjected to recent regime campaigns. The fate of those people will be disastrous if the Assad regime and Russia escalate militarily. The international community would not allow this, as it could cause a major wave of displacement towards Turkey and then to Europe if the Turkish president decides to open the border to refugees — the international community could not bear the consequences of that.”

Far from being fully reassured about what could happen in terms of long-term calm, security and prosperity in northern Syria, Rahal said that “the Syrian people are currently treating the Assad regime and their Russian backers, as a group of mafias and gangs that rules and behaves in accordance with its interests. It is very possible that it could advance to attack Idleb while being indifferent to the disastrous results that will afflict the civilians, in order to re-establish full control over areas that fell outside its authority. The Turkish role would then be very limited, especially if the United States and Russia are tacitly satisfied — and particularly given the presence of Hayyat Tahrir al-Sham, which Moscow has used as a peg to enter into a battle in Idleb under the pretext of eliminating terrorism.”

Rahal said that “The only solution is to prepare for the coming battle for Idleb, and to set up plans and to unite ranks and to develop plans to achieve victory militarily and politically.”

The coming days remain laden with events which could change the entire scene in northern Syria, especially with the increasing number of statements regarding Idleb province which seems it will not be left in its current state. This was confirmed by the Russian ambassador in Damascus, who said that “the north’s fate is the south’s fate.” Meanwhile, the Assad regime has repeatedly declared that the battle for northern Syria has been delayed but that it is coming. Turkish President Recep Tayyip Erdogan has warned that “any military action against Idleb would lead to a collapse of what was agreed in Astana”, which means that the president’s intelligence data suggests a battle for Idleb is imminent.