The fate of Idleb is of great concern to Turkey, and a careful balancing act is required to keep it from falling into chaos writes Syria TV 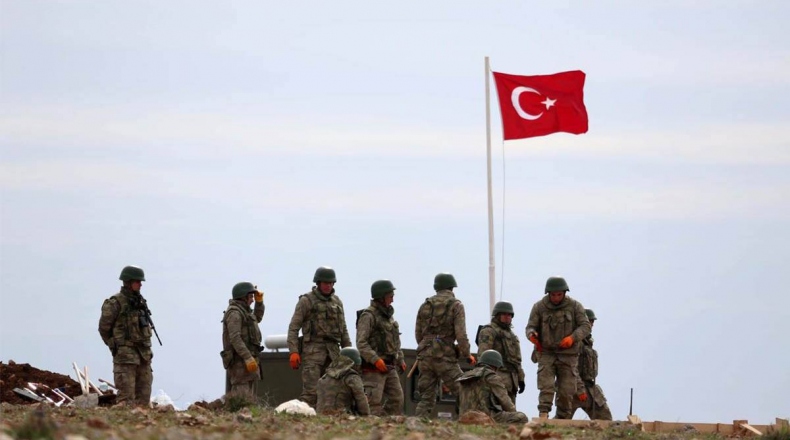 A number of press reports have recently discussed the so-called “white paper” which the Turkey has submitted to Russia, with regards to a conclusive solution in the fourth de-escalation zone, which include villages extending across Latakia, Hama, Aleppo and most of the Idleb countryside and Idleb city. Based on the information published in these papers, the supposed “white paper” includes a number of issues surrounding Idleb that Turkey is trying to find a solution for. These include restoring the electricity and water lines and returning vital facilities and services, as well as opening the Aleppo-Damascus road and clearing the checkpoints from the Darat Izza area to New Aleppo.

Based on the same newspaper reports, Turkey will invite all the rebel groups and associations in northern Syria to a general conference within the next two weeks to discuss Idleb’s future. It will also ask all of these groups to hand over their heavy and medium weapons to be collected and stored, followed by the announcement of the formation of a so-called National Army, which will be made from all the armed factions, as well as the establishment of a united authority for non-military entities that will carry out civil and service tasks under Ankara’s supervision and administration.

So far, Turkey has neither confirmed nor denied the existence of the “white paper” that it submitted to Russia, and there has also been no reliable information about this proposal in Turkish media. However, if we want to evaluate such a proposition, and respond to questions such as, “Can Turkey really offer something like this,” and “What are the likely and unlikely elements in this proposition,” and “Why now?” — then we can say that some of the details will be correct, but the larger scene is more important.

Developments related to the situation in Idleb have recently enjoyed much attention from decision-makers in Turkey, especially with the increasing threats from Assad, who considers the return of Idleb to be a priority. There are those who fear that something like this could occur, especially after what happened in Daraa, on the border with Jordan in the south. The Turks are very sensitive about Idleb, and attach great importance to it, specifically at this stage. This importance is based on at least three factors.

The first factor is that Idleb borders Turkey. Therefore, developments there have swift repercussions for the Turkish interior. The second is that there are Turkish forces deployed in various areas of Idleb, which means the Ankara will be ready to defend them from any attempts at aggression. The most important and sensitive factor for the Turkish authorities is that Idleb includes about three million Syrians who will be subjected to great danger if the Syrian regime and its allies carry out a military campaign against the city.

Additionally, a scenario like this would subject Turkey in turn to a million-strong displacement, which is something that the Turkish government in recent years has been determined to prevent being repeated, given the negative consequences for its internal situation, in addition to its inability to bear more refugees.

In this context, there is no contradiction between what was provided in the alleged “white paper” and Turkey’s general orientations, whether in terms of working to secure public services and the infrastructure necessary for refugees to return home, or in terms of securing a stable and safe environment that allows this to be sped up. With regards to the idea of establishing a National Army, this is not a new idea — but there are currently no indications that it will be rehabilitated at the expense of focusing on more local and more important structures at the moment.

What concerns Turkey now is to stop any potential plans against the city by the Assad regime. Therefore, from Turkey’s perspective, the situation in Idleb is in part subject to the Astana agreements, to which Russia is a central part. Allowing Assad to carry out hostile operations against Idleb means the collapse of the agreement. This is an important message from Turkey to Russia. Ankara is telling Moscow it could lose its support of the political process. In such a situation, it is likely that Moscow would respond to Turkey’s fears, since the route to a solution in Syria remains a long one, and it still needs Turkey. Therefore, until Moscow is able to achieve the stability that guarantees its long-term interests, it will be difficult for it to ignore Turkey’s demands.