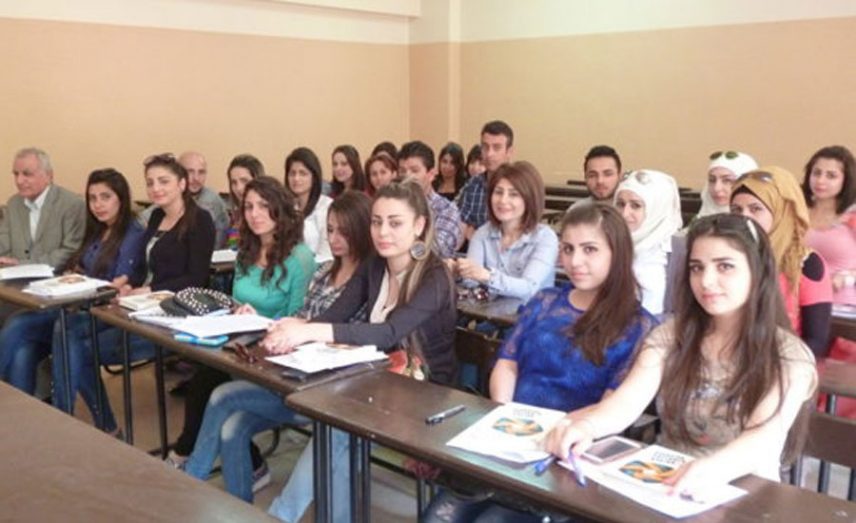 When you walk in the streets of Homs, Latakia or Damascus, which are under the control of the Assad regime, you see images of the regime’s head, Bashar al-Assad, along with his late father on every wall. This is not strange or new, but has been the case since the Assad family began governing Syria. Since 2015, the image of Russian President Vladimir Putin alongside them has become a familiar sight, sometimes joined by Hassan Nasrallah and Iranian President Hassan Rouhani.

In the areas under the control of Iranian, Iraqi, Lebanese or Afghan militias which are connected to Iran in sectarian terms, there you will not see Putin and sometimes not even Bashar al-Assad, but you will always see Nasrallah, the leader of the Lebanese Hezbollah militia, or Rouhani, or other images and slogans for Hussein and Zeinab and other Shia figures.

Some believe there is a struggle for influence between Iran and Russia, which sometimes manifests as a military clash or an assassination or the securing of an economic investment from the Assad regime. However, another feature of this competition has become clear. There is an attempt by each party to penetrate Syrian society religiously or culturally. This has been illustrated by the opening of schools connected with Husseiniyahs or a church or a French or Russian language institute.

Expansion of Schools and Medical Centers

According to Russian media, Russia is preparing to open its first school in the Middle East in Damascus at the end of September. This school is billed as “one of the most important events in Syrian-Russian humanitarian cooperation in the education sector.”

Russian media said that the educational program in the school would be in accordance with the Russian educational curriculum translated into Arabic. The Russian Novosti agency quoted the Rossotrudnichestvo media center, saying it will provide Syria with textbooks, and that the Russian Cultural Center in Damascus will resume its work in full.

With the increasing Russian intervention on behalf of the regime, Russia has moved to build schools which only teach the Russian language and spread the culture of the Russian Orthodox Church, which is supported by the Putin regime.

At the beginning of 2017, the Minister for Social Affairs and Labor, Rima al-Qadari, said that the first branch of the Imperial Orthodox Society would open in Damascus, and would undertake the building of a Russian school in the suburbs of Qadisiya. She pointed to “a grant from the Syrian government to build a school for teaching Russian.”

Before that, the regime under Russian instructions opened dozens of academies to teach Russian and force students of Russian literature from the former Soviet Union to work in these academies as teachers. The Syrian Ambassador to Russia, Riad Hadad, said that Syria suffered from a lack of Russian language instructors after the Education Ministry decided at the start of 2014 to incorporate Russian into the educational curriculum alongside English, giving students a choice to study Russian, English or French, as well as opening a department at Damascus University for Russian language and literature.

Meanwhile, Iran has built a number of schools to teach Farsi in the Deir ez-Zor’s eastern countryside, specifically in Albu Kamal and al-Mayadin, where it took control of the area after the expulsion of the Islamic State (ISIS). The militias require residents in the area to attend the schools in exchange for humanitarian aid, according to local sources.

According to the sources who spoke to Sada al-Sham, these schools are filled with “sectarian slogans and phrases used by Iranian-backed militias.” The sources said that the supervisor of these schools was a member of the Iranian Revolutionary Guard, under the command of Qasem Soleimani.

The sources said that Iran had recently opened three schools in Albu Kamal and another in al-Mayadin with Iranian staff.

Iranian schools have spread with the militias, whether in Aleppo, Damascus’ environs or in Homs, and is accompanied by the spread of Husseiniyahs and Shia religious centers.

In May, Iran opened a medical center in the Deir ez-Zor countryside in a step which observers consider to be part of its attempt to impose its presence in the area and to win the loyalty of civilians. The center was built in the city of Mayadin and this medical center was under the authority of an entity known as the Iranian Jihad w Bina Organization, which is an Iranian aid group.

The center is meters away from a military base for militias loyal to Iran as well as the National Defense militia in the center of Mayadin, according to activists from the area, and it is not the only one in the area according to sources.

Russia also supervises medical centers and aid distribution in the city of Deir ez-Zor and its western countryside, as it does in a number of other areas that have fallen under regime control after the military operations that occurred under the pretext of “reconciliations.”

Sources told Sada al-Sham that the Iranian school administration would work to entice Syrian citizens with money and intimidate them with the prospect of cutting off aid if they do not send their children to the Iranian school.

According to the sources who asked not to have their identities revealed for security reasons: “The school administration gives every student 10,000 Syrian pounds as a monthly salary,” adding that the administration “allocated a major financial reward for every student who quickly learns Farsi.”

One resident said that her two children had been studying Farsi for two months and that they did not know Arabic except for the vernacular they learned at home. In recent years they did not attend school because ISIS controlled the area.