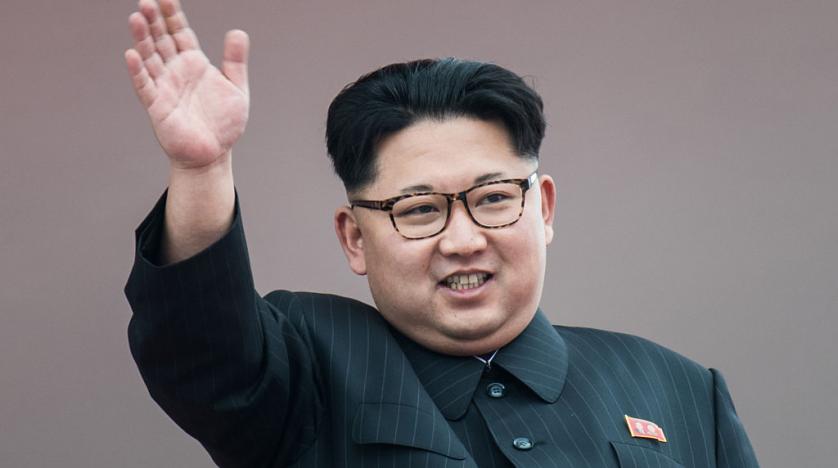 Experts on a United Nations sanctions committee recommended adding shipping vessels, individuals and companies to the North Korea sanctions list over their dealings with Pyongyang. They revealed in a report correspondence between North Korean officials and others from Arab countries on illicit arms deals.

Asharq Al-Awsat exclusively obtained excerpts of the report that showed contacts between North Koreans and former head of the Higher Libyan State Council Khalifa al-Ghweil. Syrian arms trafficker Hussein al-Ali played a pivotal role as an intermediary between North Korean officials and others from Libyan Sudan, Yemen and Syria.

North Korea "has not stopped its nuclear and missile programs and continued to defy Security Council resolutions through a massive increase in illicit ship-to-ship transfers of petroleum products," added the report sent to the UN Security Council on Friday.

Correspondence and Meetings with Libya

The confidential report said that the experts continued its investigation in numerous attempts to establish military cooperation between North Korea and various Libyan authorities. In 2015, a North Korean military official sent a letter to Ghweil that revealed that Tripoli was seeking to obtain weapons from Pyongyang to “preserve Libya’s stability”.

The Consulting Bureau for Marketing firm was mentioned in the correspondence. The firm belongs to Ali, the Syrian arms trafficker who operates for North Korea in Libya, Sudan and Yemen.

Later that year, a Libyan technical team was invited to visit North Korea. A Libyan Defense Ministry document, dated May 20, 2015, revealed that Ali was tasked with negotiating the technical and financial details of the deal on North Korea’s behalf.

The panel also found that the Sudan Master Technology Engineering Company, which is linked to the military industry in the country, had contacts in 2009 with an Australian businessman known as Solomon Choi. A north Korean agent, Choi was arrested in Australia in December 2017 for his trafficking of rocket parts.

Sudan has not responded to a request by the experts to obtain official documents that prove Ali’s correspondence with Choi.

The experts also continued their investigation into illicit activity between North Korea and Syria. It revealed how technicians from North Korea traveled to and from Syria. Many North Koreans work on behalf of blacklisted Syrian entities. They also collaborated with Syrian arms brokers to sell North Korean military equipment to several Middle Eastern and African countries.

North Koreans had traveled to Syria in 2016 and 2017 where they carried out prohibited activities for Syrian defense companies. Evidence of this activity was obtained from passports that were issued by the Syrian embassy in Pyongyang. The experts detailed flights to Syria from North Korea in February 2011, August 2016, November 2026 and March 2017, revealing that illicit military cooperation between the two countries “has continued unabated”.

Syrian civilians, including Ali, became involved in trafficking arms on North Korea’s behalf. They attempted sales of traditional weapons and even ballistic rockets to Middle Eastern and African countries, including armed groups in Yemen and Libya, charged the panel.

Ali did not respond to the panel’s request for details about the nature of his ties with North Korean military entities and individuals.

Ballistic Missiles to the Houthis

The experts investigated efforts by the Korea Mining Development Trading Corp., (KOMID) North Korea’s chief arms dealer, to provide traditional weapons and ballistic missiles to the Iran-backed Houthi militia in Yemen. The report cited correspondence, dated July 13, 2016, from a Houthi member, Zakaria Yehya al-Shami, to a KOMID affiliate, proposing a meeting in Damascus to discuss cooperation between Yemen and North Korea. This “cooperation protocol” was negotiated between Ali, on Pyongyang’s behalf, and the Houthi ambassador in Damascus Nayef Ahmed al-Qanes. The proposed deal included Kalashnikov rifles, rocket-propelled grenades, “Fagot” rockets and other weapons.

Shami, Qanes and Ali did not reply to the experts’ request to detail their role in these negotiations.

The experts recommended that the Security Council blacklist three vessels for their role in trafficking weapons and oil products. It also recommended that six individuals be added to the sanctions list related to North Korea. It also called for freezing the assets of various entities and firms linked to the illicit activities.

The report was put together by independent experts who monitored the implementation of UN sanctions over six months. The report was submitted to the UN's North Korea Sanctions Committee on Friday.