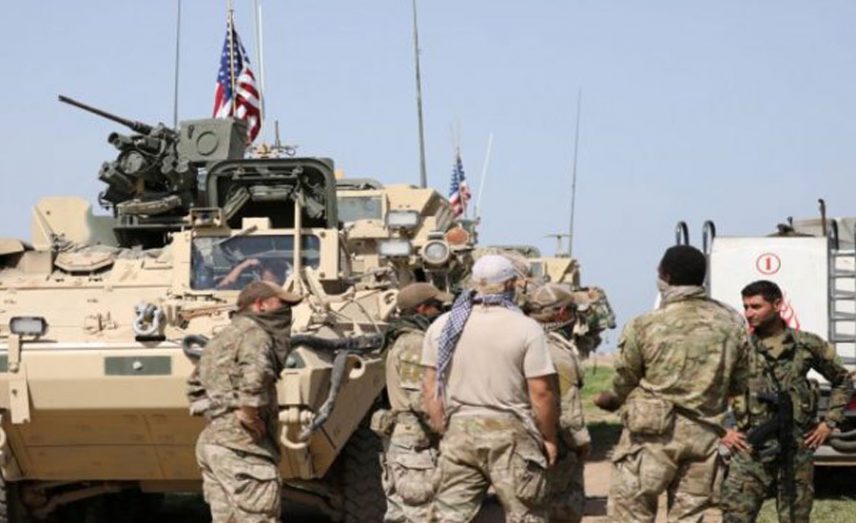 At the end of 2017, the regime’s President Bashar al-Assad described the US-backed Syrian Kurds as “traitors” and said: “All those who work under the command of any foreign country in their own country and against their army and people are traitors, quite simply, regardless of their names, and that is our evaluation of the groups that work for the Americans in Syria.”

However this exchange of accusations soon changed completely, and today the issue is different. The Syrian Democratic Council (SDC), the political wing of the SDF, has announced its first visit to Damascus with the aim of negotiating with the Assad regime.

The news outlet Russia Today noted that a delegation of the SDC arrived in Damascus headed by the SDC’s Executive President, Ilham Ahmed, as well as other officials as part of an official visit that was the first of its kind.

The outlet added that the meeting of officials with the regime aimed to discuss political and military affairs related to the areas under SDF control in northern Syria. The Joint President of the SDC, Riad Darar, told Reuters: “The negotiations between the Kurdish delegation and the regime have not been limited to service provision, but are expected to develop to be broader than that.”

He added that “the talks with Syrian government officials in Damascus will include security and political issues,” as he put it, stressing that there were no preconditions from the SDF.

Reasons for the Return to Assad’s Embrace

The SDF’s pivoting position did not come randomly. But rather after a number of international and domestic conditions made it turn to reconciliation with the regime. Observers differ on this point, with some saying that the SDF was afraid of the expansion of Turkish military operations into areas east of the Euphrates, and for that reason hurried to negotiate with Assad, thus warding off the specter of a Turkish attack.

Others meanwhile believe that the SDF understood that the United States would abandon them and would not continue its support in terms of providing it with military assistance to eliminate the Islamic State and that in the event of a clash with the regime and its militias, America would not intervene.

Still others believe that Russia is the one that prepared this agreement between the two sides in a continuation of its policy, which aims to rehabilitate Bashar al-Assad and spread his control over all Syrian territory. Russia continued this policy following the understandings it made with the United States, especially following the summit where Trump met with Putin a few weeks ago, when Syria was discussed.

In contrast to what analysts have noted, the SDF’s step came days after it was given two choices by regime President Bashar al-Assad. The first choice, according to Mr. Assad in a previous statement was to “open the door to negotiations because the majority of the forces are Syrians and they should love their country and do not want it to be a toy in the hands of foreigners,” as he put it.

Assad’s second choice was “take control of SDF areas by force,” adding that, “If the first choice does not occur, we will resort to liberating these areas by force, and we do not have any other choice — whether the Americans are there or not, there is no other choice.”

No sooner had negotiations begun, the SDF made signs of peace, with the SDC delivering the regime the remains of 44 soldiers from Assad forces who died in Raqqa as a “humanitarian initiative.” The Syrian Democratic Council said that “the remains were discovered in a mass grave days ago, in the environs of the town of Ayn Eissa north of Raqqa.”

These displays culminated with Riad Darar’s statement that the SDC’s visit to Damascus came at the invitation of the Syrian government to negotiate, in order to build trust because “negotiating without conditions is our aim.”

In contrast, Ilham Ahmed said that handing over SDF-controlled territory to the regime was out of the question, with Darar adding that: “We have not spoken in detail about the return of the Syrian army, but we will speak in the future about the relationship between our forces, in a way that preserves security in co-ordination with the Syrian army.”

Darar denied that there was any agreement regarding the handing over oil facilities to the regime, saying that what had been agreed upon was the handing over the Euphrates Dam facilities, and he said this was dependant on negotiations and the nature of what they led to.

Experts believe that this surprise twist by the Kurds will directly impact the fate of the Syrian revolution, or what remains of it. It will also impact Turkish decision-making. Experts say that in this context, the moving of the “Kurdish card” from the hands of the United States to Russia’s hand, allows Russia to apply pressure on Turkey.

According to a source in Qamishli, who asked not to be named, Turkey knows that the Kurdish issue is in Moscow’s hands, and is ready to offer concessions to Russia — and behind them the regime — to satisfy them and resolve the Kurdish issue in a manner that pleases Turkey, which fears the establishment of a Kurdish entity on its borders. Turkey will be ready to meet all Moscow’s requests in exchange for eliminating the dream of establishing a Kurdish federation on Turkey’s border which threatens its security.

There are two main issues that both Ankara and Moscow want to see resolved. The first is the issue of Syrian refugees in Turkey, that Moscow wants returned; and the second is the fate of Idleb, which is drowning in Turkish and Russian observation points, and which Russia aspires to control and have the Syrian opposition expelled.

This situation could make Turkey offer concessions to Russia with regards to the issue of Syrian refugees and cooperate with Russia in order to return them to regime areas. Russia has taken swift, international steps on the Syrian refuge issue and has returned many of them to regime areas by way of the Russian Defense Ministry, which has held this banner of returning refugees and begun to communicate with various countries.