The Syrian election is legitimate only to those who oppose democracy, columnist Sam Hamad says in this commentary piece in The New Arab 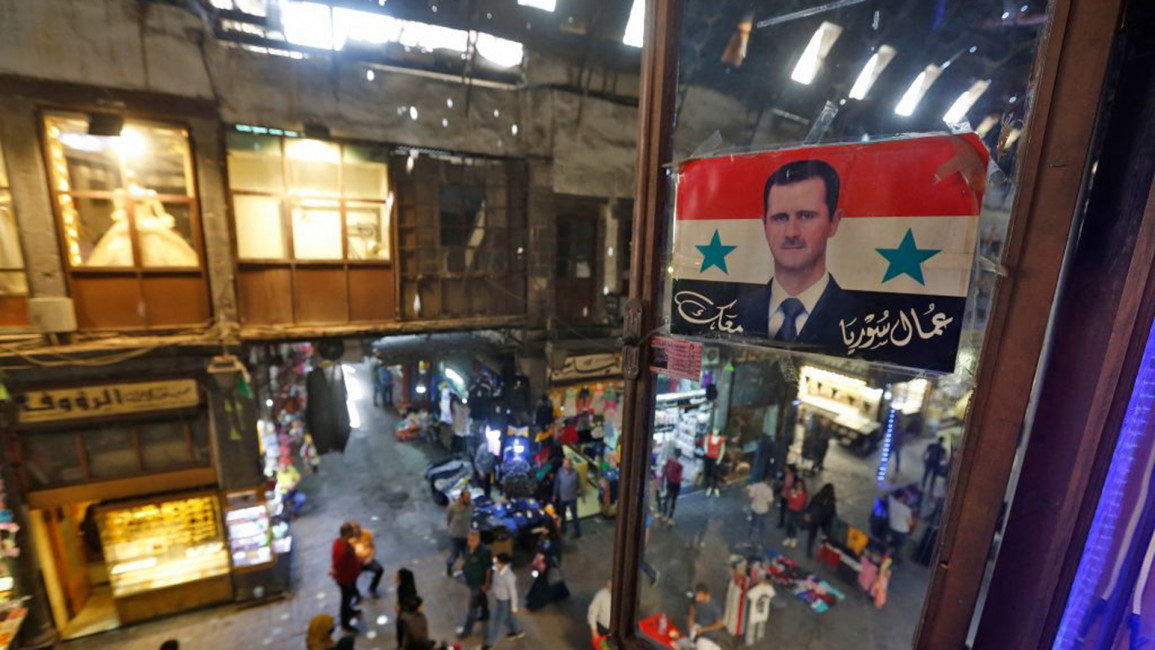 For this week’s presidential elections in Baathist Syria, Bashar al-Assad is putting on something of a show.

On the streets of Damascus, supporters of Assad regularly parade wielding placards emblazoned with his image. Loyalist accounts on social media have been mobilised to push the “Sawa” (together) hashtag, depicting Assad as the unifying “saviour” figure, without whom Syria would not exist.

Of course, in the real world, beyond the simulated reality projected by Assad, Syria does not exist in the form it did prior to the catastrophic war that Assad unleashed on pro-democracy Syrians in 2011 and for the decade to come.

Though Assad loyalists depict him as a near messianic saviour of the nation from foreign foes, it is he who has ceded Syrian sovereignty in favour of Russian and Iranian influence. He has cleansed the country of 6.6 million Syrians, with almost 7 million more internally displaced, many of whom are trapped in the last rebel-held province of Idlib or other opposition-controlled cantons, as well as areas controlled by Syrian Kurds.

During this period of unprecedented brutality, Syria’s alleged saviour and his backers have dropped 70,000 barrel bombs on Syrian homes, businesses, schools, hospitals, and marketplaces.  This “saviour” has unleashed deaths squads, set up what may amount to extermination camps, and, with perhaps the most terrifying cruelty, attacked civilians with chemical weapons on multiple occasions.

It is this “saviour” who oversees 80% of the population under regime control living in extreme poverty, with Syrians facing severely deteriorating living conditions. Approximately 12 million Syrians cannot afford the basic foodstuffs to survive, depending not on Assad, whose kleptocratic cronies leach off precious public funds, but on humanitarian organisations instead.

So while the election itself amounts to little more than an anti-democratic farce within the inescapable context of the above, it is also a dark ceremony designed to anoint Assad with internal power and external legitimacy.

In 2014, there was at least a chance the rebels might win and Assad could lose power, but now – with no such threats to the regime’s control – the main function of the election is to legitimise the regime among regional powers, and to falsely demonstrate that Syria is safe for a portion of refugees to return. All the better for the regime to extort and exploit them, and use this to try to shakedown western countries under the façade of “reconstruction”.

Assad has passed the point of no return in terms of the scale of his criminality, while the election also violates a UN resolution that pushes hopelessly for a transitional government and demands a new constitution before a vote. Several countries home to Syrian refugees have allowed them to vote via Syrian embassies, including Jordan, Kuwait, the UAE and Lebanon, while Germany has not.

In Lebanon, the potentially explosive fault lines of this sham election among refugees are perhaps most obvious. Last Thursday, pro-Assad groups within Lebanon coordinated bus convoys of Syrians to cast their vote.

There is no doubt that a significant minority of Syrians in Lebanon – as with Syrians everywhere – support Assad and buy into the Sawa propaganda.  However, there have been disturbing reports from the UN Refugee Agency of pro-regime thugs operating within refugee camps forcing Syrians to vote for Assad or risk violence or the confiscation of documentation that could see them lose their status as refugees.

Anti-Assad Syrians rightfully claim that those who vote are simply serving to legitimise a regime that waged this war to crush the demand for genuine democracy that was at the heart of the revolution in 2011.

But the wider reality is that Assad does not want Syrian refugees to vote in any meaningful manner. He knows full well that Syrians who have been cleansed by his regime are not going to turn up at embassies run by official representatives of that regime, while, even if there was an unlikely mass mobilisation of an anti-Assad refugee vote, it could easily be manipulated.

The election is sinister simulation of democracy, wherein Assad will face off against two regime-approved opposition figures.  It’s for this reason that several countries, including Germany, France and Turkey, have banned Syrian embassies from operating this sham within their borders.  Similarly, the Biden administration has said it will not recognise the legitimacy of the election.

As a result, as many countries as possible must continue to deny this election even a hint of legitimacy – failure to do so would galvanise Assad’s murderous activities, while also putting severe pressures on many Syrian refugees and asylum seekers.

This is a dynamic that was glimpsed in Lebanon recently, when thugs associated with the right-wing Christian Lebanese Forces group attacked refugees telling them that “since they love… Assad, why don’t they go home?”

This logic has been seized upon by anti-refugee forces, including, most recently, Denmark whose racist anti-refugee government has already deemed Damascus “safe” for Syrians to return. Any steps the international community takes towards legitimising this dangerous sham election risk further incentivising those who want to rid their countries of refugees, and put the lives of many Syrians at risk.

Indeed, to legitimise this election would be to legitimise the 10 years of horror that Assad has unleashed. One Syrian activist in Germany I spoke to under the condition of anonymity put it in these terms,

“Assad has won the war, but it’s not enough… he now wants us to bow to him… to  dance to his tune… the election is his way of demonstrating that even though we are far away, he still has control over us.”

For non-Syrians, we can call out this election for the anti-democratic, sinister farce that it is, but for Syrians, non-participation is one of the last and most important acts of defiance against Assad they have left.