A once influential figure, Abdel Halim Khaddam died in France forgotten by his country and with few achievements to his name writes Al-Araby Al-Jadeed. 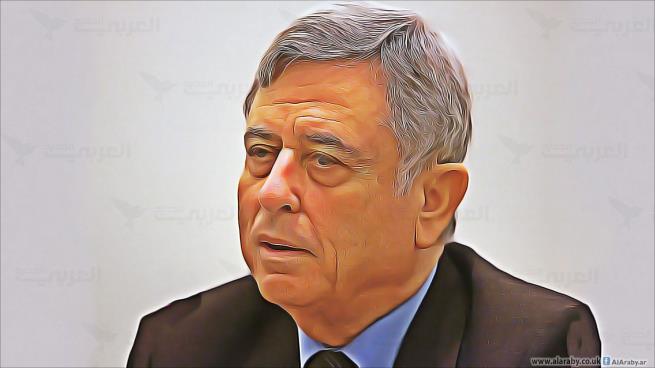 Abdel Halim Khaddam died alone in France. He didn’t die like a statesman, nor like an opposition politician who escaped the persecution and oppression of his country’s regime. Rather, he withered gradually until he waned into oblivion. Even the COVID-19 pandemic collaborated to wither the image and memory of Khaddam, as very few will attend his funeral.

He served as a foreign minister for 14 years before he assumed the position of Syria’s vice president. Khaddam and prominent Syrian security officer Ghazi Kanaan were both considered the de facto rulers of Lebanon when it was under the Syrian occupation. He would later play a major role in bringing Bashar al-Assad to power, after the passing of former dictator Hafez al-Assad. In 2005, Khaddam suddenly fled Syria and defected from Assad’s regime.

Khaddam’s real tragedy is that he lost everything. He lost his power and role in the Syrian regime without winning the sympathy of the Syrians and the Syrian opposition because he treated everyone as though he was still in power. He didn’t treat them as individuals, as citizens, but saw them as a herd of supporters.

As a result, he was cast by the regime, as a kernel from a date, and was not embraced by the people as a hero or a savior, not even as someone who holds some of their aspirations.

Khaddam made another mistake when he believed the promises of regional parties who convinced him that after defection he will return in a matter of months or a few years to take over Damascus and topple the president. Khaddam proved that despite his political history and foreign affairs’ wit, he lacked the skills and cunning nature of a politician.

Despite his history, Khaddam made a third mistake when he underestimated the securocratic regime in Damascus. Doesn’t he remember how he played a major role in gaming the system to bring Bashar al-Assad into power? At the time, he called on the People’s Council of Syria to instantly amend the constitution. Again, it only took the regime minutes to denounce Khaddam and all the deeds he and his family made in the previous four decades.

Khaddam later blew his chance when he refused to ally himself with the opposition figures who politically united their ranks under “The Damascus Declaration” right before his defection. Instead, known for his arrogance, Khaddam teamed up with the Muslim Brotherhood to establish the National Salvation Front, which he announced from Brussels in 2006. It must have slipped Khaddam’s mind that the Brotherhood, which he fiercely fought in the 1980s, lacks both popular support and the needed reputation to pave the way for his political leadership.

For its part, the opposition also did not take a step closer toward Khaddam who declared war on it just a few years back. In 2001, Khaddam delivered a speech at the University of Damascus during which he strongly denounced calls for political reforms. He also attacked the Committees for the Revival of Civil Society, describing their members as the spies and agents of foreign embassies.

Khaddam’s major mistake, which could be also called a sin, is that he only defected from Assad and not from the regime. He made his defection a personal dispute with Assad rather than a political one. Khaddam did not let go of his Baathist mentality which sees politics as a tool to make conspiracies and plots and grants the party supremacy over people, let alone maintaining an absolute loyalty to the late Syrian dictator Hafez al-Assad. When the Syrian revolution broke out, calling for freedom and dignity, Khaddam did not take the initiative to admit to his failings, nor the failings of his party, or his regime. He did not extend a helping hand for the revolutionists, on the contrary he tried to incite sectarian tension which provoked the youth against him.

Because of his history, Khaddam died alone, isolated and gloomy. No one mourned him, not the regime nor the opposition. Syrians also did not grieve his death while they were locked down in their homes in fear of the pandemic and the bombing. No one prayed for him to rest in peace. The Muslim Brotherhood, his supposed allies, did not issue an official statement to mourn Khaddam. Although one of their leaders, Zuhair Salem, posted a shy tweet during which he wished mercy for Khaddam, without highlighting any of the latter’s achievements in politics, except for his defection from the Syrian regime in 2006.

Some people have a charisma or an interesting personality that leaves an impact on you, while others are easily forgotten once they’ve left the scene. For instance, former Syrian Defense Minister Mustafa Tlass represents those who are hard to forget, famous for his charisma, sharp tongue and passion for women. Meanwhile, Abdel Halim Khaddam must be the best example of what a dull person is. Not many people cared for him back when he was in power, fewer did when he defected and almost none today when he passed away.