Turkey is preparing to move on northern Syria, but the political ground in the area is extremely fragile and fraught with complication writes Brocar Press. 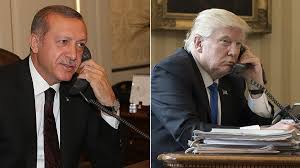 Two years ago, Turkish threats disappeared based on American statements, only to reemerge in Turkish President Recep Tayyip Erodgan’s speeches as the situation shifted both internally and externally. He declared his intention to take the reins of the initiative to set up a safe zone along the Turkish border with Syria, in the eastern Euphrates area, through direct military intervention. He described this as a necessity in order to protect national security and to prevent the existence of a continuous Kurdish territory along the southern border.

What seems strange is that this has not yet happened. This raises the question of whether Turkey is really serious about what it says, or whether the threats are meant to open the door to bargaining with Russia on one hand and the United States on the other—as well as between Russia and the administration of US President Donald Trump, which Turkey had not put into its calculations, meaning it came out of the game having lost Idleb. This suggests that the battle is being played on the basis of the contrast between the foreign powers involved in the Syrian conflict, in order to extract more concessions for Turkey’s benefit—specifically the United States and Russia—by assuring that it is serious in its intentions and statements. But the problem lies in the need to distinguish between theoretical necessity and practical translation.

Turkey, both in its hesitation and its determination, is taking into account American policies in Syria, whether that be that the American administration has repeatedly confirmed its intention to prevent the presence of any other military force in the eastern Euphrates area—which comprises roughly a third of Syria—including Russian and Iraninan forces, or that it has expressed its intention to offer protection for the Syrian Democratic Forces, which Turkey understood it to include, which has led to a sort of tension in Turkish-American relations.

In any case, Turkey has not gone back on these statements despite the turbulence in its relations with the United States. Instead it has made more of them. But it has not actually taken a practical step that would accord with these statements, and has instead contented itself with the agreement that has recently occurred with the United States, as we saw with regards to the establishment of a joint Turkish-American operations room, and the tireless efforts to market this “operations room” as if it were in preparation to set up a safe zone. Meanwhile, the American administration has repeatedly affirmed that the matter has nothing to do with a Turkish safe zone, as much as with setting up a sort of “safe corridor” or “safe belt” that would prevent Turkey from coming into contact with Kurdish forces, in coordination with American forces and not without them.

The question now is: Why is Erdogan talking and not acting on what he is talking about? The explanation may be that the Turkish president knows that his country has been caught in the crossfire between America, Russia and Iran, and he is trying to secure a distinguished role for Turkey in a very complicated and dangerous regional and international situation and in a difficult and sluggish area. It seems that at the same time he does not want to leave this area, or to give up on this role, while he also does not want an adventure and becoming embroiled in it, especially given his own domestic situation has become more difficult than before and particularly given that Russia is not fulfilling what he wants in the Idleb area.

Erdogan’s problem is that he cannot ignore the possibility of a Kurdish entity being established along his souther border—especially given that he has carried out two military campaigns to prevent that by force, one in 2016 in the northern Aleppo countryside with Operation Euphrates Shield and then again in 2018 in Afrin in Operation Olive Branch. He also stood against the Iraqi Kurdistan referendum for the region’s secession and independence two years ago (September 2017) despite his excellent relations with President Massoud Barzani.

Turkey also has an obsession with the policy pursued by the United States, whether towards Turkey, or in the region—and at the heart of that is its support for the Kurds and the Syrian Democratic Forces, which Turkey sees as an extension of the Kurdistan Workers’ Party (PKK), which it considers a terrorist group and a threat to Turkish national security. At the same time, Erdogan cannot put all his eggs in the Russian basket, because it is not assured with Russia and its possible agreement with the United States. This also explains his lack of a decisive position on the al-Nusra Front in practical terms, as he might be preparing a card to further his agenda in Syria—any card he might be able to play until it is decided.

We will continue to hear Turkish statements about the safe zone, but the matter will not go beyond this until further developments in the Syrian conflict that give Erdogan the right to be in Syria—but with American approval and Russian silence, or vice versa.