The 12th round of Astana talks failed to create the required agreements, which Syria and Russia blame of Turkey's unwillingness to uphold its commitments writes Al-Watan. 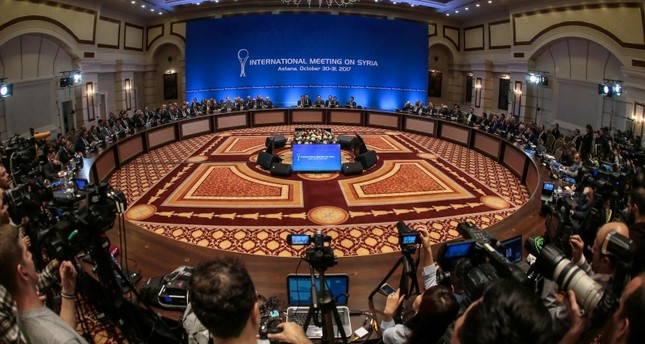 Why are they implementing a military solution in Idleb now? And will these operations remain open-ended? And has Moscow lost its political patience with Turkey’s behavior?

The answer to this multifaceted question must be based on the following points:

First: It is recognized that the military escalation in northern Hama, Aleppo and Idleb came days after the end of the 12th round of Astana talks, which witnessed Iranian and Russian disappointment at Turkey’s behavior, despite it facing an internal setback, as well as the failure to pressure Turkey, which has not fulfilled its prior obligations and has obstructed the formation of a constitutional committee. This atmosphere was expressed clearly by the head of the Syrian delegation, Bashar al-Jaafari, who said: “The dilemma at the Astana meetings lies in the lack of seriousness by the Turkish side in implementing their commitments.”

Second: It was clear that the escalation was started by armed groups against Syrian regime positions and villages under government control and the Hemeimeem airbase two days before the beginning of the latest round in Astana, and Erdogan probably aimed to escape the pressure exerted on him in terms of the demands to implement his commitment to fight terrorist and stop the escalation, which the armed groups were carrying out, including Turkish messages in targeting Hemeimeem.

Third: The Syrian military operations, which have been able over one week to liberate more than 12 villages—that is, most of the northern Hama countryside, including vital military and economic points such as Qalaat al-Madiq—does not seem that it will be completed at the same pace for a number of reasons, most importantly preserving the lives of Syrian civilians in the areas occupied by armed militias, and not allowing them to be used at human shields or as a political bargaining chip in international forums. From my personal viewpoint, I think the military operations will be controlled and limited at the current time for political aims, which are as follows:

This situation could be a pretext for a likely American or Israeli foreign intervention as a result of a number of factors which have scrambled the cards again:

The future of Idleb, which the achievements of Astana failed to penetrate, is being redrawn with fire in light of the lack of regional and international desire to resolve the Syrian crisis politically, at least at the current time. This military engineering has long pushed countries to acclimate with their results—and the examples of that are clear from southern Syria to the central area, passing through both Ghoutas.