Although it was made clear that there will not be Western cooperation with Assad against the Islamic State, the role of Assad in creating the Islamic State in the first place has been sidelined 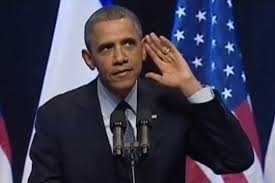 Almost four years into the Syrian conflict, and after a significant lack of involvement on the part of the United States, U.S. President Barack Obama has finally unveiled his strategic plan for tackling the Islamic State crisis in Syria and Iraq. The speech given on the eve of September 11 included a number of hard-hitting statements and promised a “comprehensive and sustained counterterrorism strategy” for tackling the Islamic State, but it also included a number of unspoken gambles, which make the comprehensiveness of the strategy rather questionable.

On the positive side, Obama emphasized that there will not be boots on the ground as part of the campaign, and that the United States would not be dragged into another war in Iraq. This of course sidesteps the presence of American intelligence officers and “advisers,” whose involvement will be crucial for the viability of any military campaign in the Middle East. However, the promise goes a long way toward alleviating concerns among U.S. citizens about the need for American involvement in this conflict. Obama further emphasized this need by painting a picture in which the growth of the Islamic State would pose a threat to the United States, which makes any action against the group an act of defensive warfare.

But parallel to this caution, the strategy is based on a number of gambles. The first is the performance of the new Iraqi government, which Obama presented as a crucial partner in the campaign against the Islamic State. The Haider al-Abadi government has the endorsement of the West as well as Saudi Arabia and Iran, and it is meant to be representative and inclusive of Iraq’s communities, especially the Sunnis, who had been marginalized under former prime minister Nouri al-Maliki’s rule.

However, the Abadi government already faces challenges to its credibility within Iraq, not only from Sunni tribes allied with the Islamic State, but also from Shia leaders, like Moqtada al-Sadr, who criticized the government on the basis of its alliance with the United States. The Iraqi government is also under immense pressure to deliver to its constituents.

Relying on the Abadi government as a partner against the Islamic State necessitates an intense effort to rally international actors to help it meet the expectations of Iraqi citizens and ensure it does not quickly lose its credibility.

The second gamble is the viability of the Iraqi army. Much support had been given to the army under the current and previous U.S. administrations, yet this support was not linked with measures of accountability on part of the Iraqi government. There is no point in empowering an army if the political structure commanding this army does not operate within transparent parameters. Otherwise, as was seen with the advance of the Islamic State in Iraq, the weapons it receives are likely to eventually fall into the wrong hands at the first sign of an external threat.

It is therefore important to both provide equipment and training to the Iraqi army while also ensuring that the Iraqi government does not repeat the mistakes of its predecessor.

The third gamble is the Syrian opposition. As in the Iraqi scenario, there is no point in strengthening this opposition militarily without also having in place a political structure ensuring that principles of good governance are applied in its command. Here lies a crucial missing component in Obama’s speech: the rhetoric on the Iraqi government did not have a parallel related to Syria. But without a political plan for managing the involvement of the Free Syrian Army in the campaign against the Islamic State, the country could face a scenario similar to that witnessed in Libya following the NATO-led military campaign in 2011. Add to this the fact that limited military support for the opposition would not make it viable in the face of the sophisticated weapons and tactics of the Islamic State and the Syrian regime. Limited military support and short-sighted military action without a political plan will not result in long-term achievements.

The fourth gamble is Iran. Obama spoke of a “broad coalition,” which certainly includes Arabs and Kurds but potentially hints at involving Iran. Tehran’s cooperation is essential for the campaign against the Islamic State, but its involvement in a coalition alongside countries like Saudi Arabia requires reaching at least a basic compromise between the two countries. Although indicators of this compromise so far appear positive, the road map for future Saudi-Iranian relations is not yet clear and faces a number of obstacles regarding how this compromise would be operationalized, as well as internal divisions within each country.

The final gamble is Arab countries. Obama stressed that the United States cannot “take the place of Arab partners in securing their region.” This puts a great deal of responsibility on Arab countries as they scramble to cooperate against the Islamic State. This requires overcoming regional rivalries and engaging in unprecedented security cooperation in the Arab world. Whether Arab states will be able to deliver on this front remains to be seen.

More generally, the strategy also misses an important dimension, which is the Assad regime. Although it was made clear that there will not be Western cooperation with Assad against the Islamic State, the role of Assad in creating the Islamic State in the first place has been sidelined. There was also no hint at what the political and security plan for Syria would be following the fall of the Islamic State.

In short, the strategy is a positive step forward after years of relative inaction on part of the United States, but it is far from comprehensive.