Whether in Jordan or Turkey, the political opposition is barely functioning 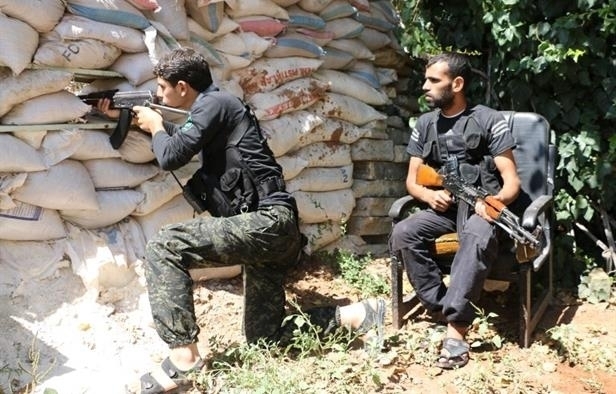 The Syrian cause and its complications are the top story on news bulletins all around the world. The United Nations Security Council, and before that the UN as a whole, has convened to come up with ideas – and even legislation – on how to wipe out terrorism and combat the Islamic State (ISIS) in Syria and Iraq. All the while, the Syrian regime has been working day and night alongside its allies to free itself from a civil war that has begun to threaten both it and the surrounding national entities. The majority of the Syrian people are waiting for the moment they will be delivered from the regime and the war. The exiled Syrian opposition seems to be swimming around in some kind of isolated realm where nothing new ever emerges.

Last April, operations began to develop the Free Syrian Army’s military capability. Hundreds of fighters were sent to Saudi Arabia and Jordan where they were trained by specialists in brief, 40-day courses. Then they were sent back to the areas they came from, and in May, moderate Syrian opposition groups began to receive modest but regular arms deliveries. On the northern and southern fronts this was carried out via their respective military operations centers. Syrian forces in the interior slowly rebuilt their capabilities after the crushing blows dealt to them by the expansion of ISIS, and the popularly-supported countrywide advance of Jabhat al-Nusra, prior to that.

Later on, in September, the White House announced the signing of a bill to arm and train the Syrian opposition, which was already ongoing in the field. Thereafter, forces participating in the coalition began to gather, and amid all the international activity, only Syria’s political opposition could not find anything to do. The horizon, for opposition members, stretched no further than writing for Arab and international press and arguing over positions that were no longer significant.

In Syria, respect for the opposition drops by the day. One man who equips fighters and represents them politically has begun to see the Syrian Opposition Council (SOC) as an adversary.  He now instructs military press attaches to “deal with the SOC [as an enemy],” saying: “We will find nothing good for our cause with them, seeing as they squander our efforts.”

In the last week of September, a paper was released and passed around by hundreds of consuls and ambassadors. It was also given to front commanders and Syrians involved in the military struggle who have influence in the interior. The paper is thought to contain a proposed solution to the ongoing armed struggle, and is awaiting approval via political negotiations scheduled for a few months from now – in other words, after an attempt to alter the balance of power in Syria.

The paper includes 12 clauses, the most important of which are as follows:

The permanent departure of Bashar al-Assad and 200 high-level members of his regime from Syria;

The formation of a miniature government – in which Sunnis and Alawites are equally represented and another sect acts as a swing vote – to preside over the cessation of hostilities for one year;

The subsequent formation of an expanded government to preside over reconstruction efforts.

These clauses, which form the core of the paper, have some preoccupied, while others feel they are not worth the paper they are printed on. It is no use trying to find out if the paper is a Western document proposed to Syrians or a Syrian document proposed to countries involved in shaping decisions made by the Syrian political opposition. “I have not been able to find out exactly who is behind that paper. It has been proposed so many times by different parties that the matter has become ambiguous and been lost,” a man who was shown the paper said. A field commander says he believes the paper was put forward by Western states.

From whence the paper originated is of little consequence – its content resembles a great many previous papers. Moreover, it does not have what gives political papers their strength; it does not have the ability to impose itself and bring warring sides to the table. This paper, like many other proposed solutions in Syria, has no military backing, and the balance of power in the field will not allow it to impose itself as the framework for a solution to the conflict. It has also arrived while liberated areas are being destroyed and as ISIS is under attack, which has divided rebels across the country.

“We cannot show interest in the paper. I refuse to talk about it,” said a rebel who is well connected with the battlefield and the foreign forces working with the military operations center. “The important thing right now is the political vacuum the revolution is facing. Write about the political vacuum, not another paper,” he said.

What this rebel was alluding to is the way things really are in the country. Whether in Jordan or Turkey, the political opposition is barely functioning. Luckily, the southern front is still reasonably cohesive compared to the northern front, where the SOC – or “the threadbare opposition,” as described by a young rebel turned SOC and interim government member – is active.

The SOC and the interim government are silent most of the time. There are no new political proposals, no talk of politics, and no clear stances on what is happening in a country where battles and battle fronts change every day. Only with the beginning of the air raids was an official statement issued “upon order” to support the coalition’s strikes, and then the state of political slumber returned.

A political vacuum that sends out papers containing virtual solutions, and an opposition that has done nothing; not even spared a thought for the state of its own country. As the waiting goes on, thousands of Syrian fighters and civilians will die. Politics in Syria has reached absolute zero.