What new developments have led some to conclude the Syrian crisis is on its way to a solution? 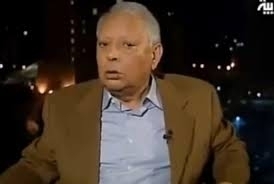 If it is true there are new and effective US-Russian talks for a solution to the Syrian crisis, the question we must find an answer – or answers – to is: What is new that has compelled some to conclude that things are getting better?

It is not a question of good and evil, or a question of optimism or pessimism, but rather a reality that must be dealt with, without unreasonable illusions of success that have plagued the process since its initial attempts by Mohammed ad-Dabi, through to former UN Secretary General Kofi Annan and Lakhdar Brahimi, to the recent efforts of Staffan de Mistura – which is bound to end like all previous endeavors.

And again, I ask: What is new that has led some conclude the Syrian crisis is on its way to a solution?

If the reason for this optimism is the information leaked – possibly intentionally – concerning the US-Russian meetings in Sochi with US Secretary of State John Kerry, Vladimir Putin and Foreign Minister Sergei Lavrov; it is known that such meetings and consultations have remained constant since the beginning of the Syrian crisis in 2011. These meetings continued through Geneva I, Geneva II and all other attempts to secure solutions. The process has felt like jumping up and down on the same spot without making a single step of progress.

Before succumbing to optimistic illusions, we should know the answer for the question: Did the pressure of the Ukrainian crisis, and the Western sanctions imposed on Moscow as a result, prove to Russians that going further would have disastrous consequences and should accept the inevitable? Did Moscow agree to meet with the Americans to preserve the dignity of Russia, as it is clear the survival of Bashar al-Assad is no longer possible, because it is better to focus on securing a solution that can save the Syrians from the grip of this tyrannical regime?

It is widely recognized that Moscow was behind the abortion of Geneva I and consequently the solution based on a transitional stage, while in Geneva II, Moscow stated: "There have been serious developments, and after the emergence of ISIS and al-Nusra Front, facing terrorism and terrorist organizations has become a priority". Russia has since disabled the entire process by betting on the possibility of deconstructing the Syrian opposition, with the hope that Assad's regime would eventually progress and attack – with help from Moscow's diplomatic efforts, and support from Iranian sectarian militias on the military front.

It is understood that the Russian position, which has remained stubborn and unconstructive, took advantage of the unexplained developments in America’s position on Syria – specifically the influential position of President Obama. In actuality, without the recent shift in the united positions of Saudi Arabia, Turkey and Qatar, as well as a number of Arab countries, the Assad regime may have emerged victorious.

It is true that Russia's abstention from voting on the Security Council resolution 2216 regarding the crisis in Yemen has cause some to feel this “positive” stance may in fact reflect Moscow's attitude towards the Syrian crisis. It is also evident that the Sochi meeting between Kerry, Putin and Lavrov was not as tense as previous meetings since 2011, but this should not be misunderstood; Russia has not yet abandoned its stubbornness and insistence that the priority should be confronting terrorism.

It is clear Russia is in agreeance with the US and their Western and Arab allies that there is no military solution for this crisis. It is also clear that Moscow agrees the regime cannot remain forever, as Iran would like, yet Moscow still insists the priority is facing ISIS and other terrorist organizations. As a result, Russia rejects the statement of the US-Gulf Cooperation Council summit that states: "Assad has no role in Syria's future". Instead, Moscow continues to cling to the hope that – either now or in the foreseeable future – the alternative for Assad’s Presidency is not the moderate, rational and united opposition, but chaos, more violence and sectarian conflict that could remain for many years to come.

These official policies do not reflect reality, as it is widely known the Syrian crisis cannot worsen, either through the destruction of the country, the absence of a united nation with full sovereignty, or external intervention.

Therefore, it is untrue that the absence of Bashar Assad, at this stage and at this particular time, will create a political vacuum in Syria leading to chaos and the fragmentation of the country. This dear country is already drowning in a vacuum, suffering from chaos far more dangerous than the turmoil in Iraq, Libya or Somalia. If the Russians, the US, and all those concerned with Syria’s future do not apply Geneva I on the basis that Bashar Assad has no role in the transitional phase, the situation will only worsen where the sparks of this chaos will reach other Arab and non-Arab countries, in this region and beyond.

The final question is: Wasn’t it better for the Syrian people, the current regime, the Arabs, the Persians, the West, the East, the US, the Russians and Europeans if Bashar Assad was removed from power at the beginning of this crisis, four years ago when there was neither ISIS nor terrorism, and no foreign intervention in the internal affairs of Syria?