"Many observers believe that the shifts we are now witnessing will not be like what preceded them, and we may see a significant result if the ongoing negotiations between the active regional and international players goes well" 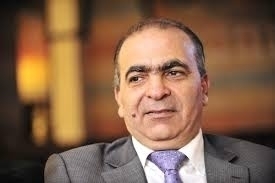 Is this the beginning of a solution to the Syrian crisis, and will the developments we see today produce something?

An observer of the current regional and international moves clearly witnesses that something is being prepared by the regional and international players to reach a political solution for the Syrian crisis. The indications include the secret visit of Syrian presidential security advisor Ali Mamlouk to Saudi Arabia, the repeated meetings between Russian and Saudi leaders, the visit of Syrian Foreign Minister Walid al-Muallem to Tehran and Oman, and rumors of Iranian efforts to launch an initiative for a solution in Syria.

All of these moves were certainly not the result of a sudden change. While Syria’s political opposition were busy with their quarrels about positions and gains, and its leaders were busy with their personal battles inside those cartoon institutions, and while the Tyrant of Damascus relinquished his power to Iran and the sectarian militias affiliated to it – so that his decision of war or peace, to stay or to leave was in the hands of Iranian leadership, placing the fate of Syria in the hands of non-Syrian parties – the region’s actors were searching for solutions to the Syrian dilemma; solutions that serve their interests after the danger of the Islamic State (ISIS) and Al-Qaeda became an imminent threat to all.

The Iranians have realized that their battle alongside their clients in Damascus and Beirut to break the will of the Syrian people will inevitably be lost, and that the continuation of this battle will mean a constant drain of their already scarce financial resources. Yet, Tehran has made sure it is in possession of the peace and war resolutions, and was able to exploit this in their regional and international negotiations.

Meanwhile, the Saudi leadership has realized that things inside the Syrian opposition are going to favor the most extreme forces because the Riyadh-backed Syrian opposition failed to form an alternative to the regime in Damascus – an alternative that can satisfy Syrian people, an alternative able to unite their power to establish a Syrian state beyond the control of ISIS and Al-Qaeda (the most extreme and hostile organizations towards civilization and humanity), while also satisfying the international community, which the Syrian people depend on in order to achieve stability and begin reconstruction. The Turks have realized the need for an active movement against the dangers that began to form a threat on its border; ISIS with all its extremism and ruthlessness, and the possibility of the success of the PKK and its Syrian affiliate in establishing a Kurdish hostile entity on Turkey's border with Syria.

As such, many observers believe that the shifts we are now witnessing will not be like what preceded them, and we may see a significant result if the ongoing negotiations between the active regional and international players goes well.

For Syrians, because we lack the ability to influence the political track as a result of the deficit of legitimate political opposition, and because the regime in Damascus has given all its power to the mullahs in Tehran and its militia, and also because of the military dominance of ISIS and Al-Qaeda, our job is to improve the terms of any agreement that may be reached between the regional and international powers to reflect what the Syrian people called for in March 2011. The task will be easier if Syrian patriots manage to unite and work to produce ideas that could benefit the Arab negotiator to secure an agreement that meets with the Syrian national interest, and contributes to the strengthening of the Arab national security in the face of all non-Arab forces that wish to dominate the region, namely Iran and Israel.