Moscow has been able to engineer a new language for the Security Council regarding Syrian affairs, and it has succeeded – largely because the United States has allowed it to succeed 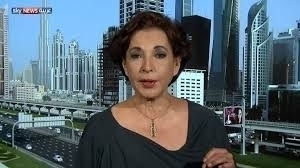 The common denominator between the Russian initiative, the Iranian initiative and the initiative of the UN envoy, Staffan de Mistura, is jumping over the internationally agreed upon political process regarding the establishment of a transitional governing body with full executive powers. The three parties – Moscow, Tehran and de Mistura – want the Gulf states, which oppose Assad, to coup against their positions under the influence of "Iranian complexity". These three parties want the Gulf countries to approve a central role for Iran in the solution for Syria on the basis of an alternative reference to the Geneva reference. Saudi Foreign Minister Adel al-Jubeir said Riyadh rejects the political survival of Assad, but he held talks with his Russian counterpart, Sergey Lavrov, in Moscow this week; talks that were not only confined to the Syrian issue, but also Yemen, Iraq and its bilateral relationship. Iran's Foreign Minister, Mohammad Javad Zarif, recently visited Lebanon and Damascus and will travel to Moscow and perhaps to Ankara too – probably to call for a dialogue.

The four points in the Iranian initiative are: a ceasefire in Syria, a national unified government, an amendment in the Syrian constitution to guarantee the rights of minorities and ethnic groups, and elections under the supervision of international monitors. This initiative is a coup against the internationally recognized Geneva reference, which Tehran has clearly rejected due to Iran's adherence to Assad, refusing the idea of replacing him with a transitional governing body.

The reference to the expanded national government is also a coup against the concept of a transitional governing body with full executive powers – a way to skip over the statements of Geneva I and Geneva II.

Tehran wants to amend the constitution to guarantee the rights of minorities and ethnic groups, which is reminiscent of the Taif Agreement that divided the quota of governance in Lebanon. This also suggests a further meaning; Iran entitles itself as a sponsor to the amendment of the constitution in Syria.

More importantly, the three previously mentioned initiatives set Iran as an essential part of the solution in Syria in parallel with the overthrow of the principles of Geneva. In other words, the three initiatives are based on an alternative reference for the Geneva communique, and on an essential role for Iran. They meet the condition based on ignoring the overthrow of Assad, either before or after the transitional period, all under the title of "crushing ISIS", and the political solution.

Washington believes that preventing the collapse of the regime requires the removal of Assad, because the necessary forces in the battle against ISIS, from Turkey to the Gulf states to the moderate armed opposition, all will not be satisfied with crushing ISIS to support Assad's stay in power.

Tehran talks of a political solution, but practically, it is in the same trench with Damascus insisting on a military solution, and it still moves its Revolutionary Guards and Hezbollah to support the regime in Damascus, which hopes to drag Iran into further collaboration in the field and more participation from Hezbollah in its fight.

At this stage, there are more talks about regional and international political solutions, while the fighting and arming continue. There are many initiatives, and there are rumors of talks between the five major countries and regional powers; including Egypt, Iran and Turkey. There are rumors of a pentagonal ‘contact group’ that includes the United States, Russia, Saudi Arabia, Iran and Turkey. Russia wants ‘all parties’ of fighting in Syria to turn and fight terrorism through a presidential statement issued by the Security Council.

Moscow has been able to engineer a new language from the Security Council for Syrian affairs, and it has succeeded – because the United States has allowed it to succeed