If we look at the military situation on the banks of Euphrates, it is apparent that the Syrian regime forces and its allies – including Russia and Iran – are essential party in the war on ISIS in cooperation with the PYD and its US allies 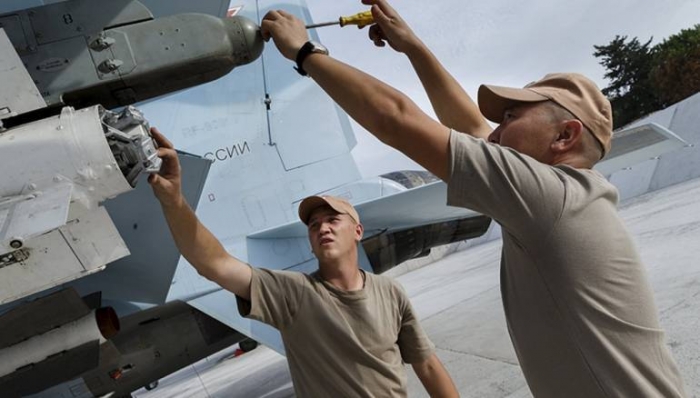 The Syrian regime's military campaign against Islamic State group west of Raqqa city appeared in full coordination with their unspoken ally, the Kurdish-led Syrian Democratic Forces (SDF) who fight ISIS on two battlefronts in northern Raqqa and near the Turkish border.

The three fronts have revealed a ‘hotline’ between Moscow and Washington in the wake of the Army of Conquest’s advance in Aleppo’s southern countryside, which might impact the Russian-American plan to jointly strike ISIS in Raqqa.

All this comes after a meeting between the leadership of the regime forces and the SDF alliance to agree on the fate of Raqqa city following its recapture from ISIS. The meetings came in conjunction with SDF official spokesperson Tala Silou’s talk with pro-regime Sham FM radio station, saying: “Following the liberation of Raqqa, we will negotiate with the regime and Raqqa’s population will decide its fate.”

If we look at the military situation on the banks of Euphrates, it is apparent that Syrian regime forces and its allies are an essential party in the war on ISIS in cooperation with the Kurdish Democratic Union Party (PYD) and its American allies. The US-led coalition then reveals a mutual understanding that Raqqa will be controlled by regime forces whereas the northern countryside will be controlled by the Kurdish-led SDF alliance.

When the SDF announced the capture of a number of villages, including Qabir Aymo, Naymiyeh, Jwtheh, Hasan agha, and Talet Siraj following clashes with ISIS in Manbij last Tuesday, regime military sources said they had extended military operations in the Athrya area of Hama’s eastern countryside with Russian air support. All this at a time when regime forces are fighting hard to retain their strongholds in Deir-ez-Zor and its military airport there.

The assault around the Syrian city of Manbij, backed by US-led coalition air strikes and a contingent of American special forces, aims to help cut off ISIS' last major stretch of the Syrian-Turkish frontier by seizing territory in northern Syria west of the Euphrates.

In this context, the massacres of civilians by both alliances in the Euphrates basin comes into the scene. The latest was the al-Buleel massacre in Deir-ez-Zor’s eastern countryside in which 15 civilians were killed, including a child and four women. The second was when Raqqa’s people were given two choices; either death under the rubble of their homes or displacement.

Perhaps the only absent party from the scene on Euphrates banks is the military force that believes in the Syrian revolution without any absolute subordination to any of the alliances. As it seems, the Syrian Coalition President Anas al-Abdah failed to include the “Syrian Peshmerga” forces in the battles north of Aleppo so far to claim a small part of the big land divided between the American allies and Russian ones.