The fall of Daraya is a great victory for the regime, which is trying to fortify Damascus. With all certainty, its next destination will be Moadamiyeh and Khan al-Sheikh. 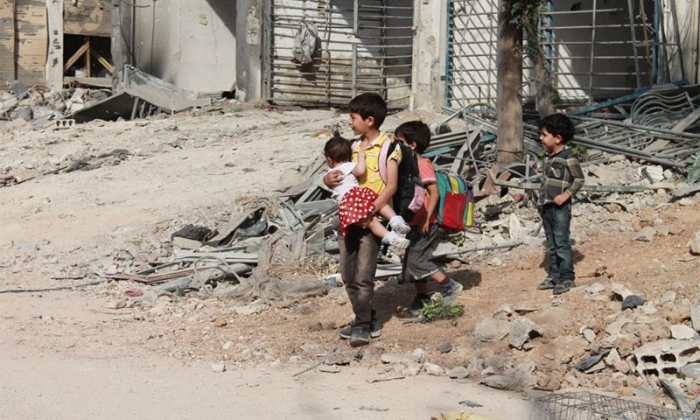 The Syrian regime, which is working to fortify Damascus and set up plans to defend it, would not have been able to bring down Daraya, on Damascus’ southern flank, if it were not for the “corrupt” truce which it had signed with leaders of rebel groups in Houran and the eastern and western Ghouta.

So the regime succeeded with unrivaled mastery in dividing the rebels internally and neutralizing the majority of them under the pretext of the truce it signed with the groups on the Ghouta and Houran fronts. Faced with an existential challenge, the leadership signed them without having any political or military vision or strategy.

As a result of this truce, the rebel fighters remained quiet, especially with the vast majority of them being civilian volunteers who went to workplaces, in complete contrast to the regime fighters, who were engaged in a regular army. There is a great difference between the two.

The armament and ammunition from supporting parties stopped after this, as the truce was accompanied by the partial return of normal life in these cities because of the ceasing of aerial and artillery bombardment, which pushed residents to prefer the current situation to the suffering they had previously endured for the last five years, including death, destruction and abuse, which will later comprise a pressure card on rebels if any of the fronts return to fighting.

The fall of Daraya is a great victory for the regime, which is trying to fortify Damascus. With all certainty, its next destination will be Moadamiyeh and Khan al-Sheikh, and with that it will have completely fortified Damascus from the Daraa side. This is what it has planned for no short amount of time. Then it will head to Qudsaya and Al-Hameh and secure them in the same way.

The regime will work on implementing the second stage and then the third and then the fourth, gradually, as it is expected to appeal to some rebel groups in the south and the two Ghoutas to return to the “embrace of the nation” in exchange for some bargaining, while working at the same time to spread the spirit of division and strife which is already present among these factions and push them to fight amongst each other. This is what has happened a number of times, as they prepared to pounce upon them and then widen the circle, to achieve what it aspires to if we do not learn this lesson well.