The Syrian war, which displays open geographical boundaries, requires closure at the level of all the region’s nations. This is a measure demanding coordination which is still not there, due to the sharp Russian-American clash. 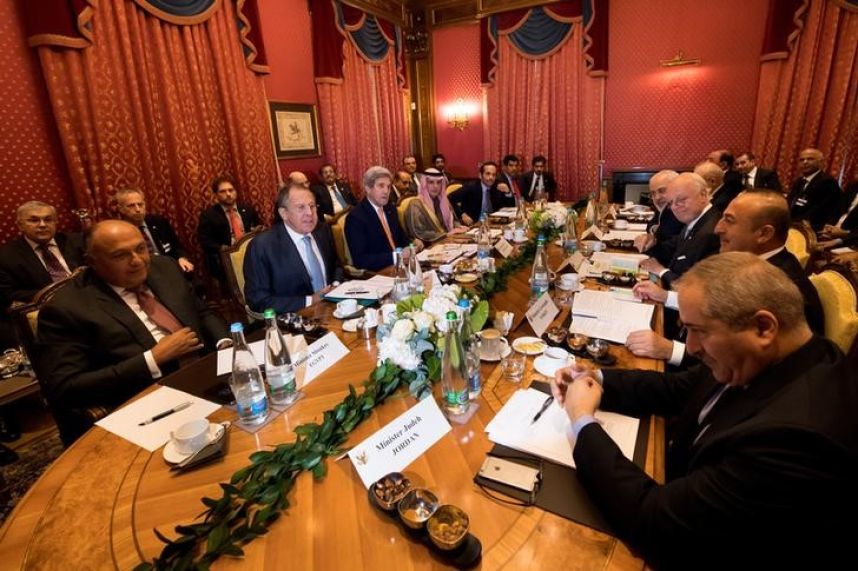 In Lausanne there aren’t many political requirements, and so the countries of the Middle East will be present regardless of the depth of their role in the Syrian crisis. Certainly there will not be new solutions to the same extent as both Moscow and Washington will strive to confirm their perceptions of the solution. The Syrian situation today constitutes a diplomatic stalemate which is unable to create any political breakthrough, and the balance of powers, despite the partial regression of the armed groups, does not suggest major alternatives for ending the crisis. The war, which displays open geographical boundaries, requires closure at the level of all the region’s nations. This is a measure demanding coordination which is still not there, due to the sharp Russian-American clash. The Lausanne meeting came at America’s request during this urgent political stage of the American administration, in which it is trying to improve the electoral gains for Hillary Clinton at the expense of her opponent Donald Trump. The uncalculated adventures could alter a great deal and Washington is interested in preserving the balance as much as possible and moving with steps that have an impact in the media more so than they do politically, while it seems the “drums of war” are part of the American scenario which suggests force and which is moving in two directions:

The first is brandishing the threat of military action against Syria. Drawing up scenarios for this are to be placed within the package of military-political options. Apart from the possibility of the use of force, in the end it wants to install the reality of antagonism with Damascus, regardless of the international situation.

For Washington, military action against Syria is a rejection of the old political equation. It is a complete diplomatic severance with any possibility of a future settlement along the old Syrian model and it carries in its general strategic dimension the imposition of a fait accompli of the survival of the armed groups who are pressuring the government, disrupting the process of separating between the moderate opposition — as Washington calls them — and armed groups. In contrast, Russia is developing its presence in Syria to counter this American option, and is turning the eastern Mediterranean geography into a group of red lines within the international system.

The second is surrounding ISIS in Syria through the operation to liberate Mosul and permitting ISIS fighters to head toward Raqqa and Deir-ez-Zor. This means escalation of the conflict in Syria and giving the next American president two essential cards, based on the success of the Obama administration in recovering Mosul and using its strong presence in Raqqa as a bargaining chip in confronting Russia.

Certainly the Lausanne meetings will not stray far from the military context because in the end they are trying to bolster the options of the Democratic candidate and are playing with the waning time of the American administration without concern for changing the equations as long as the humanitarian mobilization against Russia is based on the length of the European continent, in addition to the presence of the comprehensive military sequence, beginning from the missile shield and ending with the package of military scenarios against Syria. Washington may hurry to test the appearance of a new international axis including Russia and China, and at the same time it may gamble primarily on economic successes to create this axis regardless of the existing competition on the international stage. It no longer minds Russian partnership, but it wants a partnership within limits that do not permit Moscow and Beijing to establish competition with it on the international level. The test in Syria is part of the limits which it appears the United States is sticking to.