Although almost everyone cooperated with the Russian project, including Turkey, Gulf countries, and the Trump administration, this wasn’t enough 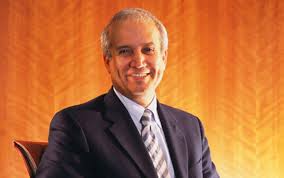 The US government tried to solve the Syria crisis by suggesting three negotiations based on a balanced political proposal. Yet, the Damascus-Iran-Russia axis ruined the three conferences.

Russia has made up two conferences, one in Astana and the other currently being held in Geneva. The beginnings confirm the end: a repeated failure.

Although almost everyone cooperated with the Russian project, including Turkey, Gulf countries, and the Trump administration, this wasn’t enough.

In order to satisfy the Russians, and in cooperation with the UN, providing arms to the opposition has been suspended.

Moderate opposition factions were pressured to accept solutions that aren’t up to their expectations, while others were barred from participating in the talks.

The Geneva 4 conference hasn’t ended yet, but it seems that it is doomed to fail.

This reveals that there is no winning or strong team that can be imposed on everyone through international support, that which Iran and Russia tried to do by imposing the collapsing Syrian regime.

The project is based on keeping the regime in power, which means enforcing its policies of displacement and the cancellation of the majority of the remaining residents inside Syria.

The idea itself can’t survive even if all factions signed up to it. It is a formula that aims to enable the regime to rule most of Syria by force, like the West Bank under Israeli occupation except the fact that Israel has a strong powerful system which allows it to control this anomaly.

Russia tried to convince a number of opposing factions to join the regime, offering them positions in the government in exchange. Yet to these factions and everyone else, this seems like legalizing rape and no one will accept such a solution.

The previously proposed political solution was rejected by both parties, the Syrian regime and the opposition. Still, it is the practical solution and reasonable alternative.

The solution suggests a joint regime and it can now be developed by keeping the president but giving the security and finance to the opposition or by changing the president and keeping sovereign posts for the regime but within a framework of cooperation protected by regional and international authorities.

Sharing can be based on a reasonable balanced formula which both parties have an interest in maintaining: either the presidency or the presidency’s jurisdictions, but not both.

We have a standing model which is the Taif Agreement which ended the Lebanese crisis, a much more complicated one than the Syrian and based on creating a solution in which all parties made concessions.

War calls sought to cancel the Christians’ right to presidency and its jurisdictions, demanding it be equally distributed. The dispute ended by redistributing jurisdictions with the president remaining Christian by losing some of his jurisdictions for other parties.

Hadn’t it been for the Taif Agreement, the war may have continued and the Christians would have lost their shares.

If the Sunnis and Shiites had refused to make concessions, the war would have resulted in more foreign interventions that would have prolonged the war and deepened divisions within sects on the Lebanese arena.

The current political situation in Lebanon is neither perfect nor great, but at least the country is stable.

Syria’s crisis is less complicated, especially that the civil opposition accepts to share power and a constitution that protects all minorities. Its system has a good example of that as it involves all Syrians irrelevant of their religious and ethnic differences.

As for the armed Islamic opposition, most of its factions are rejected by everyone because it has a religious and internationalist agenda; none of which Syria’s people want.

The failure of the Astana and Geneva talks will spur fights again even after denying armament for moderate opposition, some of which had to form coalitions with terrorist groups to protect themselves after running out of ammunition.

The repeated failure may lead the uncompromising parties to think reasonably and rationally. Iran must realize that it will not be allowed to take over Iraq, Syria and Lebanon.

Iran achieved its incursion by benefiting from the weakness of the former US administration. Its dominance over the major crescent threatens the rest of the region’s countries and the world.

It is a hazard because Iran uses its agents as a weapon against its rivals, including US and Europeans, or because unrest will continue, thus attracting more extremists and threatening everyone.