The tradition of using minorities as a tool to divide Syrian society, elevating one class over others, has been established within Assad’s diseases, which Syrians recycle out of ignorance or intentionally, writes Samira Moubayed 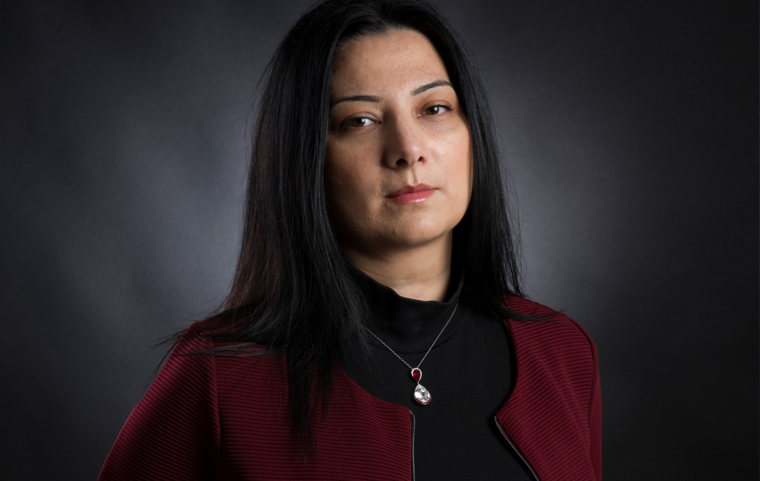 Minority integration today is the biggest barrier on our path toward citizenship and building a collective Syrian identity. Breaking this barrier will be a great step after which all the difficulties of arriving at a state of law, equality and democracy among Syria’s citizens will diminish. But will the minority barrier be broken from one direction only? It is a barrier which has not allowed the regime to break over the years of its rule, but on the contrary, has been strengthened and its walls raised and used daily and continuously to entrench its authority. Every Syrian community has played a role allowing it to continue, whereby everyone is in the lowest classes of its ruling class, a class which includes all those who first joined the Assad regime and all those who support the continuation of its eternal rule.

It seems that the tradition of using minorities from communities of the Syrian people as a tool to divide society and make one class prevail over others has been established within the Assads' diseases which we recycle out of ignorance or intentionally. This barrier has not been broken in the era of the revolution either, as we have seen over seven years attempts to dominate the decision-making of these classes in order to employ them in non-national projects and to reproduce the same malicious mechanism which the regime has depended on to sow division and strife.

The trouble begins here, from the fact that the regime has long depended on calls for the protection of Syrian numerically minority communities to gain legitimacy before the international community. Opposition forces followed this fundamentally errant course and we began to see perceptions that were no less worse, including the role of the majority as a custodian and protector for other ethnic and sectarian communities. Or it took a parallel path to that approach in other areas, where we saw the imposition of the role of the Kurds as a custodian for other communities. Put another way, there is a new reincarnation of the role of protector of minorities as an alternative to President Bashar al-Assad, and perhaps what was known as the “minorities conference” charter, which was published in June 29, 2017, and before that the Vienna consultation conference around the Syrian constitution in April 2016, were among the most important indicators in this respect.

These trends reflect the reality between those who want to use this card which has long supported the regime, and those who exploited this event to defame Syrians not of their sect and to monopolize nationalism and accuse others of living in comfort under Assad, despite all that was committed against them in terms of violations, arrests and injustice in this period — and this is a trend that has contributed to the strengthening of the minority barrier.

In both cases the answer came swiftly, as Syrian communities themselves brought down what was known as the “minorities charter,” cutting off the road from those who wanted to exploit them to move their projects forward, and likewise those who exploit this act to spread sectarian incitement and to accuse them of being foreign agents and lacking patriotism.

Seven years and the revolution has not yet begun to break down the minority barbed wire barrier honestly and through frank, realistic dialogue in which Syrians discuss fears and violations. On the contrary, sectarian minorities have been further divided along regional and ethnic lines beyond sectarian affiliation, which has increased divisions in an attempt to dominate their voices.

Let us therefore consider why Syrian minorities have conducted isolated conferences and what has deepened the gap between Syrians and scattered our destinies — and, most importantly, where is the best exit which preserves Syria from disappearing in the midst of all this?

Let us discuss the future, as it has become clear that no one will be satisfied being second-class citizens, something that is intuitive for the wise. Among the most important factors to revive the revolution are rejecting the division which the regime has long imposed on Syrians.

The path of domination and exploitation is no longer effective today, as well as the path of discrimination and superiority. The one path is the route of citizenship, and so let us hurry to take it together. We cannot declare that the revolution has succeeded until everyone knows that they are first-class Syrian citizens, equal before the law and in duties and rights. This is what we must work toward today, for it is a maze with entrances and no exits except civil war and destruction.