Assad's failure to secure the areas he retakes will be the opposition's last hope in gaining public support, a former media executive writes for Saudi-owned newspaper 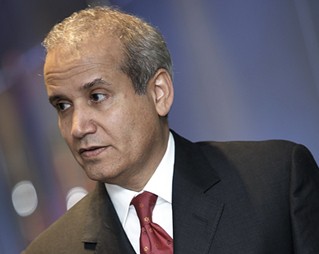 Russian airstrikes and cruise missiles, foreign militias and President Bashar al-Assad’s armed forces continue to use coercive force as towns and land stretching from eastern Aleppo to southern Raqqa are brought back under regime control.

Syrian rebels, or what is left of them, fight with great valor, no aid, and under impossible circumstances against Iranian proxies and pro-regime militias. Ever since the shutdown of Turkish and Jordanian passageways, support for the Syrian opposition has received a considerable blow.

In short, things in Syria are at their worst yet. Internationally speaking, the impressive and decisive stance the U.S. put up against Moscow in Syria did not last long, France’s newly elected President Emmanuel Macron has portrayed his country’s worst Syria standing so far, and U.N. Special Envoy Staffan de Mistura is known for viewing the Syrian people and opposition representatives with negativity.

Capitalizing on blunders of the Syrian revolution's allies such as Qatar, the Iranians and Russians have succeeded with rebranding the Syrian people’s cause to frame the war as a fight against terrorism. Like always, Qatar’s actions were largely built on miscalculations.

Most Syrian rebels fighting to remove the oppressive regime headed by Assad are by no means linked to terror groups or extremist ideology.

It was enough for extremist groups to be present on Syrian ground and for media outlets to run spotlight publicity, so that terrorist groups were seen as a global monster which fed off the Syrian revolution.

Despite the overbearing difficulty faced by the opposition, pro-regime forces and Iranian trans-border militias remain unable to guarantee safe zones in areas which they have seized.

At the moment, Iran considers securing strategic privilege a priority over reinstating regime control in Syria, which explains why it has focused fighting to oil-rich areas in southern Raqqa.

Tehran turned to Iraqi and Lebanese militias to secure Syrian land passages to governorates in west Iraq to ensure a long path from Iran’s borders in south Iraq to Lebanon.

Under presumptions of a U.S.-Syrian opposition initiative to move toward Damascus, and eventually force Assad to step down, Iranian proxies targeted the district bordering Jordan, Daraa.

Daraa was a major and surprising victory that shook the Damascus tripartite: Russia, Iran and the Syrian regime. It is worth mentioning that Iran-aligned militias had suffered sizable losses in the southern city.

Nevertheless, recent political compromises have auctioned off those victories as the U.S. stance rolled back in the face of Russian demands.

Amid a new American retreat, a negative French stance, Gulf disputes and Turkish-Moscow rapprochement, the Syrian opposition stands before a uniquely alarming situation.

The final wager made by rebels is placed on the Syrian regime’s failure to manage the areas it seizes control of.

Given its lacking capacities, the Syrian regime continues to seek help from Iranian militias, Hezbollah, Iraqi militias and Russia. Such deficiency and resorting to foreign interference will strengthen national public opposition.