With the West now reluctant to support regime change in Syria, its current priority is establishing a watertight opposition for future elections, Wael Sawah writes 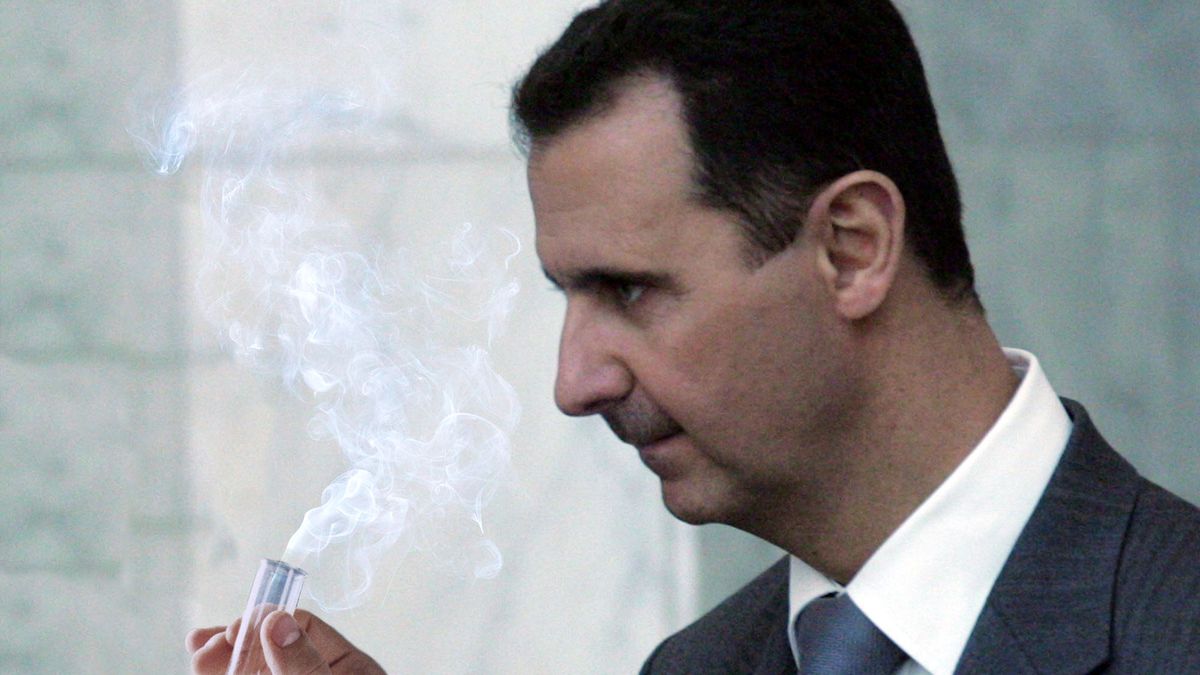 A visitor to New York last week was left with the distinct impression that the “friends” of the Syrian people were no longer interested in toppling the Syrian regime’s president, Bashar al-Assad. All officials and diplomats who circulated through the corridors of the United Nations, on the sidelines of the General Assembly or in the lobbies of the luxurious hotels around its headquarters in Midtown New York, repeated very politely that despite considering Assad a “war criminal,” they did not have the leverage to force him to leave.

Most of those officials and diplomats agreed that Assad cannot play a role in Syria’s future, but that he would probably remain in the transitional period. They acknowledged that they were unable to force the man to leave or convince the Russians of the need to abandon him. There is an irony here: On one hand, everyone believes that the future of Syria will be without Assad, while at the same time, no one currently has the strength to force him to leave. So what is to be done?

The general position of the U.S. administration and the West currently is that reconstruction in Syria will not occur until after the political transition — which includes Assad’s departure. The American Senate decided two weeks ago that it would not spend a single penny in any part of Syria where there is any Iranian presence or influence. American officials have repeated this openly and in closed meetings.

Assad, and behind him the Russians and Iranians, can therefore enjoy their victory and their rule over a devastated and divided country that has lost half of its citizens and half its productive capacity while being stripped of its national sovereignty. More importantly, Assad can enjoy rule over a “homogenous” people with no place for “terrorists.” But it is without a doubt that the golden hen of the Assad family, and Makhlouf and Shalish and their companions prior to the revolution, was no longer fueling their wealth.

The Iranians see no problem in presiding over a devastated and ravaged country without national sovereignty, as they themselves have contributed to all of this. The exhaustion of Syrian state institutions will assist the continuation of their control over the country and the region as a whole. They have done the same in Lebanon and Iraq, when they helped break up the state and weaken its institutions in order to enable their militias (Hezbollah and the Popular Mobilization forces) to seize the reins of the two countries.

But what about the Russians? The belief prevails in Western circles that Russia is different from Iran in that it does not want a divided country, withered economy and fragmented society in Syria. It wants Syria as an advanced base and a source of material gain. A united, strong country within its orbit would be better than one of gangs and statelets or a weak country without institutions. In order to achieve this, there is no alternative to reconstruction because that would be a real reward for the investment which Russia placed in Syria. It is obvious that the bill for reconstruction will be very expensive, with the first estimates indicating a cost between $200 billion and $300 billion. Moscow knows, as Assad and others do, that Russia, China, Venezuela, North Korea and Iran will not contribute a cent to reconstruction. They also know that Europe, the United States, Canada, Japan and the Gulf will.

Yet those countries repeated to whomever met with them in New York that their wallets will not open before a political transition. They have become very serious about that. Instead of this, they will spend some money on what they call “early recovery,” by providing assistance in vital areas such as water, electricity, education and health. The Syrian opposition is insistent that this begins in the de-escalation zones and not in regime areas, in order to be a basis for the resumption of normal life, the return of refugees and the displaced to their homes, and the creation of work opportunities for young people that discourage them from joining military groups.

But in order to achieve a real political transition, a united, meaningful and harmonious opposition must be established. This has always been the problem—or problems—in the political track, as in the military routes, civil action and the local councils. For that reason, it appears that the West — and with it some of the Gulf countries — are insistent this time on establishing this kind of opposition. Everyone is betting on the expanded meeting of the High Negotiations Commission in Riyadh expected to be held in weeks, if it is not held up by any obstacle. It appears that the main movement in the Syrian opposition, represented in the Commission, is determined not to open its doors to any figures who concur with Bashar al-Assad more than they do with Riad Hijab and Riad Seif. It is, however, open to the inclusion of some forces and figures from outside the Commission. This will not include those who are trying to keep Assad in power and form a united national government rather than a transitional governing authority.

Let us assume something like this is achieved and that the Riyadh 2 conference results in a new, strong Commission for negotiations with new powers and a tactically flexible and a strategically solid political program — how should it work to bring down Assad?

There is a clear agreement between Western officials that the negotiations track in Astana has reached a dead end, and therefore there is no choice but to return to the basic track in Geneva. This is what the U.N. secretary-general and his special envoy Staffan de Mistura are pushing for. They are calculating that a real political agreement will convince the Russians to hold elections under U.N. supervision which could lead to Assad’s loss, and the Russians will ensure that the latter adheres to the election results and leaves the country.

This picture seems rosy and naive. On one hand, many think that Russia (and Iran) considers Assad’s survival a symbol of its victory and will support the sustainability of this symbol. They believe that a split between Russia and Iran is not possible because of the link between the two countries’ interests. Finally, everyone knows that Assad may prefer to die before handing over the “estate” which he inherited from his father, before it is inherited by his own son. The Western interlocutor will nod his head in agreement with you, but will add after a moment of silence: “Yes, but this is the only way forward.” At that point you would not consider it appropriate to remind them of the issues of transitional justice, equality and trying war criminals of any party.