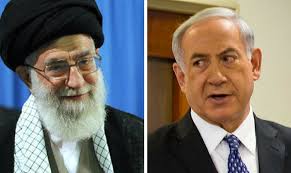 We do not have weapons of mass destruction, but we do have something more powerful which will soon lead to the end of the enemy on our territory. Our greatest weapons are as follows.

The Axis of Resistance’s belief in the inevitability of the return of the Palestinian people to the land which was stolen from them by a Zionist criminal gang, which did not stop at the occupation of land but went on to violate the rights of Palestinians and even deprive them of life itself.

The enemy’s army, which was established, supported and built on the basis of its superiority over all Arab armies,has lost its superiority, especially in its air force, which was its most important pillar. It no longer has the ability to defend itself in the event of a war against the members of the resistance alliance. This was proven during the war of 1973 and its departure from southern Lebanon, fleeing to save itself in 2000 and then its repeated defeats in 2006 in Lebanon and then in Gaza in 2008-2009 and 2014.

The new multi-dimensional and multi-capability rockets, which are possessed in large quantities by the resistance alliance, have begun to cover every inch of Palestinian land and can be fired over huge distances.

The Israeli individual, who is not native to the land he lives on, will think first of returning to where he and his forefathers came from. Why would they choose to die on this land? To satisfy the whims of Benjamin Netanyahu and Ehud Barak? It is well-known that every Israeli has another passport for a European country, America or Canada. There is nothing easier for him than to pack his belongings and go. It is not the aim of this war to kill everyone in Palestine, but to make them leave, so the land can be returned to its original owners.

If the enemy, or or one of its allies, strikes first and starts a battle then rockets will rain down on the ammonia containers in Haifa or on the ships anchored or sailing at sea, or on the Dimona reactor in southern Palestine or on the Rishon reactor near the sand dunes between Yibna and Jaffa. Brave fighters from Jordan and Iraq may be encouraged to march to battle and participate in the liberation when they see that a decisive battle to free Palestine, which has long been yearned for, begin.

The enemy will find himself in a deadly siege more daunting than the siege on the Gaza Strip. The popular tide of Iranian-Arab support will contribute to the result of the final battle, which must and is coming soon. In my view, it will not be more than a year or two at the latest, as the conditions are currently favourable.

It is true that the enemy possesses nuclear weapons. However its weapons aim to deter and terrify and are not to be brought into battle under any circumstance. The enemy knows the danger of using these weapons just as well, and maybe more well than others. This is in addition to the fact that America itself, its first protector, will not permit this. We remember what happened when the entity’s prime minister Golda Meir in 1973 threatened to use the atomic bomb the day Syria and Egypt attacked Israel, and President Richard Nixon prevented this, instead giving them military support through an air bridge carrying them equipment and fighters to enter directly into the battle.