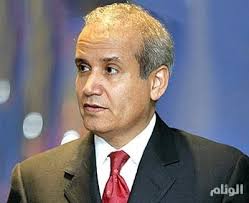 The Khamenei and Assad regimes are seeking to achieve two objectives: keeping the Damascus regime intact and keeping Iran’s military and intelligence presence and its militias in Syria and negotiate over anything except that. The most recent US proposal though is the opposite: keeping the Assad regime is conditional on ending Iran’s presence in Syria while the rest is negotiable.

However, recent trips and statements lower expectations to Iran and its militias “making concessions” and abstaining from engaging in the battles of Daraa – the Syrian-Jordanian-Israeli triangle – in exchange for having the US-backed Kurdish units withdraw from Manbij, a request made by Damascus and Turkey.

Syrian Foreign Minister Walid al-Muallem had said that America’s withdrawal from Manbij is necessary before committing to a decision to end the presence of Iran’s forces in Daraa.

It’s not unlikely for Damascus, which is Iran’s mouthpiece, to later negotiate and accept America’s presence east of the Euphrates River in exchange of letting Iranian General Qassem Soleimani’s forces stay outside Daraa, 20 kilometers from Israel’s “border.”

With this tactic, Syria is “legitimizing” Iran’s presence with international consent and it does not settle with considering it a sovereign decision. The presence of occupying Iranian forces will be similar to that of Syrian troops in Lebanon in the 1970’s, an occupation legitimized by the Arab League and approved by the Lebanese government!

This is why there are fears that the negotiations will go out of context, which means the Assad regime must choose between its presence and that of the Iranians. It’s not possible to have both.

Some may ask who has the right to impose such conditions and why?

The Syrian regime’s situation does not allow it to dictate what it wants despite its recent victories which it achieved thanks to its allied forces and which turned into huge losses due to the Israeli strikes. Rejecting conditions means the international community does not want it to stay and this puts it in the danger zone again.

However, their withdrawal will not be easy because it will end their long-term project, one of their prominent foreign policy objectives to have hegemony on Syria and maximize their influence to threaten the region from there.

Setting this condition on their withdrawal also tests the sovereignty of the Damascus regime and whether it’s really capable of making its own decisions away from Iran’s influence.

The Assad regime is between a rock and a hard place. On one hand, the withdrawal of the Iranians, the Lebanese Hezbollah and the rest of the militias will weaken its power, leading to its possible collapse. On another hand, if these forces stay in Syria, it means it (the regime) will become their puppet.

The Assad regime is well aware how the situation will later unfold in their presence. The Iranians will do like Hafez al-Assad and later Bashar al-Assad did in Lebanon and transform the country into an arena for the conflict with Israel.

Like Lebanon, Syria will be a country with no authority except through Tehran which will use Syria in its upcoming proxy battles with its rivals, the Americans, the Israelis and perhaps Turkey and others.