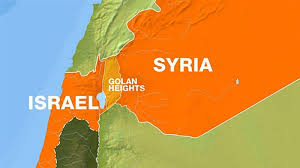 Over the years, the Syrian Arab Army has managed to dismantle the conspiracies led by the United States and other colonial powers, in which the Zionist enemy and the Turkish enemy participated. According to the new balance of powers in the region, when the war in Syria comes to an end, the Zionist enemy will be forced to withdraw fully from the Golan without alleged peace deals that follow the Camp David, Oslo and Arabah models. The withdrawal will be without conditions and similar to the Zionist withdrawal from southern Lebanon in 2000. The Zionist enemy has a crippling fear about entering into a direct war with the Syrian Arab Army, whose military and fighting capabilities have developed greatly and has stunned the Zionist enemy. The enemy has tried and failed more than once to test the Syrian air defenses. Syria is fully prepared to enter into a war and liberate the occupied Arab territory in the Golan.

Of course, the same new equations apply to the Turkish enemy, which will be forced to withdraw from Syrian territory which it occupies, because the Syrian Arab Army and its allies will not accept anything but the full liberation of Syrian Arab territory, which has been occupied by aggressor nations which are either directly engaged in this war or which have been occupied by terrorist takfiri groups who work as proxies for them. After that, Turkey will have to withdraw from the Sanjak of Alexandretta which has been historically occupied and which the Syrian state will not allow to remain occupied. The Syrian Arab Army is ready to enter into a war to liberate it — with God as our witness.