The head of the Political Security branch in Hassakeh has been killed in a road accident, making him the latest senior official to die writes Alsouria Net. 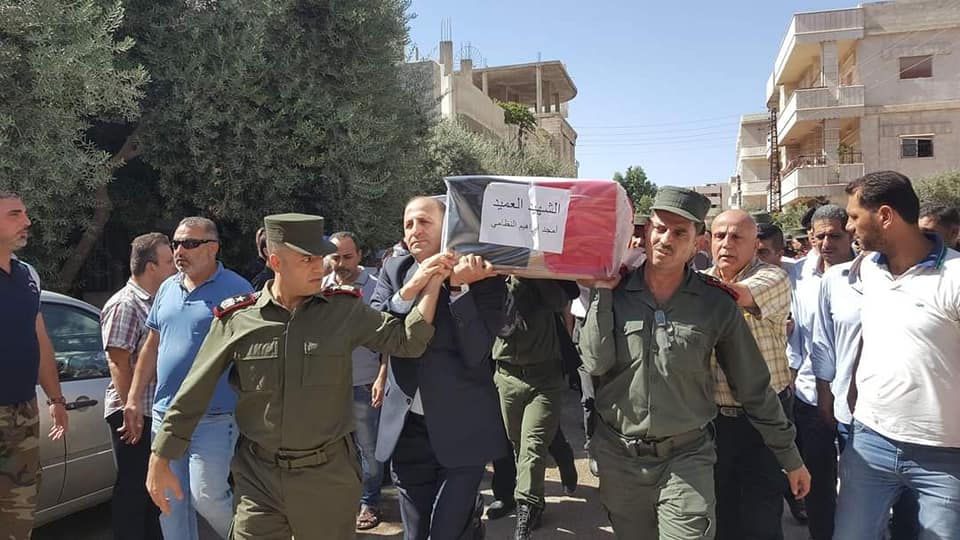 Brig. Gen. Amjad al-Nizami, head of the Political Security branch in Hassakeh Governorate, eastern Syria, died with his companion, in a car accident on the Damascus-Homs road.

On Friday, pro-regime Facebook pages mourned Nizami. They pointed out that both him and his office manager, Mirza Ajeeb, had died in a car accident on the international road, at dawn.

The pages published pictures of the funeral proceedings, in which the head of the Political Security Division, Maj. Gen. Nasser Ali, Deputy Minister of Interior, Maj. Gen. Fayez Ghazi, and Maj. Gen. Ramadan Ramadan, head of the Security Committee in Hama Governorate, participated.

Nizami hailed from Hama Governorate and had held the position of head of the Hassakeh Political Security branch since 2015.

Car accidents in central and eastern Syria have claimed the lives of other officers in Assad’s forces, while they were on the move, carrying out military and security operations.

Nizami was part of the military police, while Lieut. Adba belonged to law enforcement.

In the past two years, the Assad regime lost a number of high-ranking officers for a variety of reasons, most of which were due to car accidents, according to pro-regime media.

In May 2019, about 27 soldiers were killed after a military transport vehicle collided with a fuel tanker on the eastern Syria Salamiyah road. All the victims belonged to the Idleb commando units.