Russian Special Forces attacked a village in the al-Ghab Plain area in the middle of the night, causing casualties among Jaish al-Nasr reports SY 24. 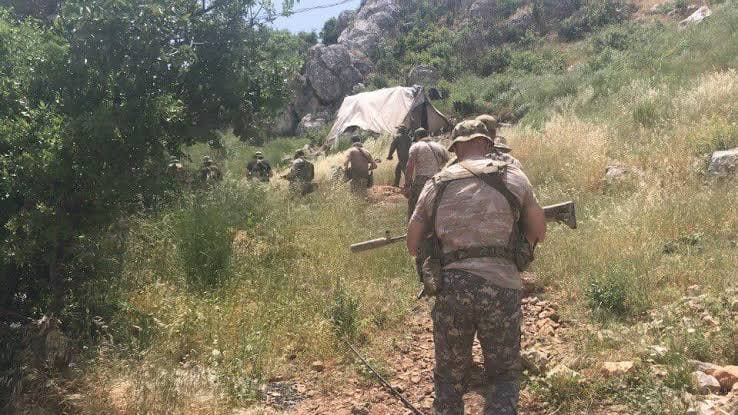 Russian forces committed a new violation of the ceasefire in northern Syria, which resulted in the killing of 11 National Army fighters.

Military sources said that the Russian Special Forces carried out an infiltration operation after midnight on Monday, on one of the fronts in the al-Ghab Plain area in the western Hama countryside.

The sources confirmed that the Russian forces infiltrated a military point on the axis of the village of al-Haluba in the al-Ghab Plain area, killing eight members of Jaish al-Nasr (Army of Victory), part of the National Liberation Front, which is considered one of the most prominent factions of the Syrian National Army.

According to the sources, “the base requested urgent support and factions sent several groups to the site, but the Russian forces had managed to kill all the fighters who were there, all the while ambushing the support forces, which led to the killing of three other members, bringing the death toll to 11.”

The factions had violent clashes with the Russian forces for more than an hour in an attempt to force them to withdraw and move towards the points through which they infiltrated. According to the sources, “many of the infiltrating forces were killed and wounded.”