Joel Rayburn has travelled to Ankara to meet with the Presidential Spokesperson and discuss issues related to Syria, including the situation in Idleb and the need for a political solution writes Alsouria Net. 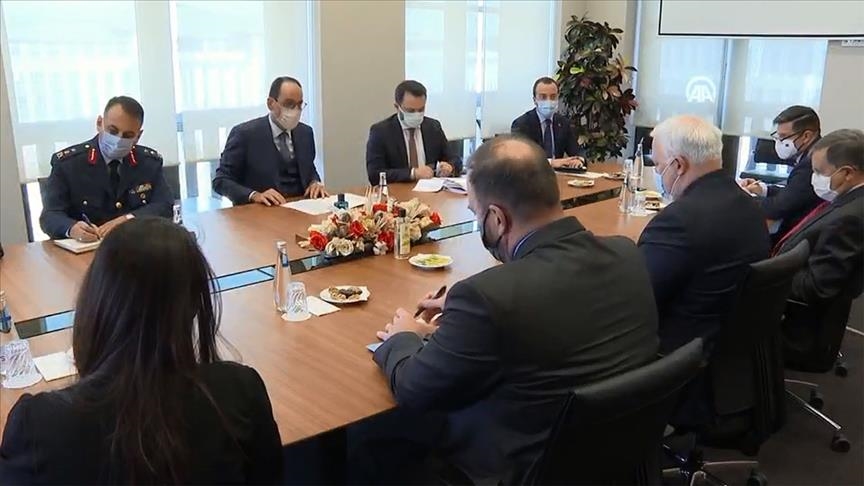 The new US Special Envoy for Syria, Joel Rayburn, made a visit to the Turkish capital Ankara on Wednesday, during which he met with the Presidential Spokesperson, İbrahim Kalın.

According to a statement issued by the Turkish Presidency Office, Kalın and Rayburn discussed several issues regarding Syria, foremost of which are the situation in Idleb, the Syrian Constitutional Committee, the issue of Syrian refugees, and ways to combat terrorism.

According to the statement, “It was agreed on the need to support the work of the Syrian Constitutional Committee to ensure lasting peace in Syria, create an environment for conducting free and fair elections and ensure the voluntary and safe return of refugees,” noting that, ”it was emphasized that any political, economic, and military support for terrorist groups in Syria is rejected.”

This is the first task that Rayburn has performed since he assumed his position on Nov. 7, 2020, as a substitute for James Jeffrey, who ended his duties completely after Joe Biden won the US presidential elections.

Rayburn was present with James Jeffrey in most of his meetings related to the Syrian issue, since Jeffrey became US Special Envoy for Syria in 2018, as part of the administration of outgoing President Donald Trump.

Jeffrey is considered one of the advocates of leaving the door open with Turkey, and he sought to reduce tension between the Syrian Democratic Forces in northeastern Syria and Ankara, thanks to the open channels between him and Ankara, unlike his predecessor, Brett McGurk.

Given his previous statements, it is expected that Rayburn’s policy will overlap with that of his predecessor, Jeffrey, specifically with regards to easing tensions with Turkey and the necessity of the continuation of US economic sanctions on the Assad regime.

Rayburn’s meeting with Kalın in Ankara coincides with the holding of the fourth round of meetings of the Syrian Constitutional Committee at the United Nations headquarters in Geneva, which continues for the third consecutive day.