The Constitutional Committee is continuing its work as talks of the forth round enter the third day, and are dominated by the issue of refugees writes SANA. 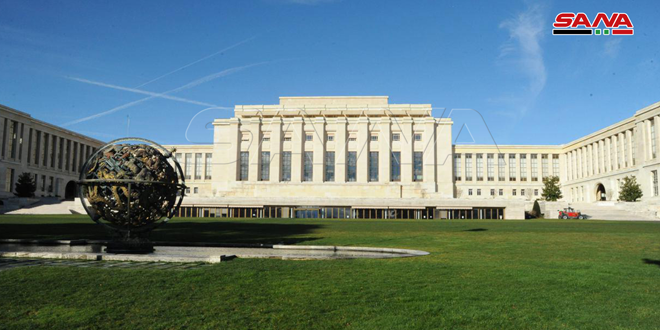 The Constitutional Committee has continued the meetings of the fourth round for the third day in a row at the UN headquarters in Geneva with the participation of the national delegation and other delegations.

The deliberations of the national delegation on Tuesday focused on two national principles, which are the humanitarian file and the issue of lifting the illegal sanctions imposed on the Syrian people, as a number of the delegation’s members affirmed that the humanitarian file can’t be divided and it shouldn’t be subject to double standards, and that since the beginning of the war, countries which are hostile to the Syrian people have used the weapons of terrorism and sanctions to break the will of Syrians and force them to accept the schemes that these states have drawn for the region.

The fourth round of the committee’s meetings started on Monday in Geneva as the national delegation affirmed the necessity to adopt the issue of the refugees’ return as a national principle, affirming the importance of stopping the politicization of this file by some states.

It is noteworthy that the third round of the meetings of the mini-Committee was held at the UN headquarters in Geneva last August and as part of an agenda titled “Basic National Principles” while the first and the second rounds were held in Geneva during November last year.