Mazloum Abdi has said that now the fight against the Islamic State is over, he will be returning to politics, if unity talks and other initiatives lead to success reports Etihad Press. 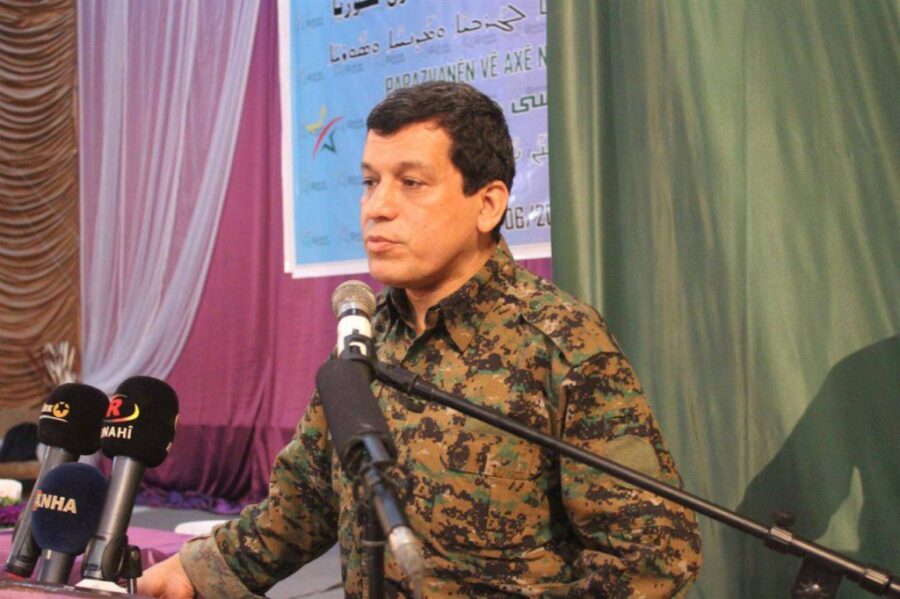 In an interview meeting with Radio Sweden, Commander-in-Chief of the Syrian Democratic Forces (SDF), Mazloum Abdi, stated that now, after having fought the Islamic State (ISIS), he will return to politics.

Abdi, who has been leading the SDF since 2015, added that the Kurdish Autonomous Administration in northern Syria cannot bear sole responsibility for the ideological war against ISIS.

Abdi responded to Radio Sweden’s question about the many Kurds in northeastern Syria who are convinced that he has a political future ahead of him, saying, “I started as a political activist, and I wore a military uniform when necessary, but now that the military fight against ISIS has come to an end, I will return to politics.”

Media outlets have been suggesting that SDF leader Mahmoud Barkhoudan (known as Mahmoud Rush), will be appointed as Abdi’s successor.

“Now that the military battle has ended, the Kurds feel that the world has abandoned them,” Abdi added.

“The ideological war against ISIS is a greater challenge than the army. It requires time, resources, and commitment. ISIS is the common problem for all countries, and it is in everyone’s interest to fight it,” he continued.

Abdi revealed his desire to become a full-time politician on the condition that unity talks and other initiatives lead to success.

He views military relations with the United States as being very good, but the political relations are insufficient and did not mature enough, despite all efforts.

On Nov. 10, 2020,  Abdi announced his readiness to hold peace talks with Turkey without any preconditions, indicating that he might consider mediating between Turkey and the Kurdistan Workers’ Party (PKK), after solving problems with Turkey.

Abdi said that the regions of northeastern Syria should be managed by the Syrian Kurds, noting that any administration that manages the region must be made up of Syrian Kurds only, and the Kurds alone must make transparent decisions.