Coronavirus is continuing to spread in Syria, with fresh infections reported across the country, in regime and opposition controlled areas reports Shaam News. 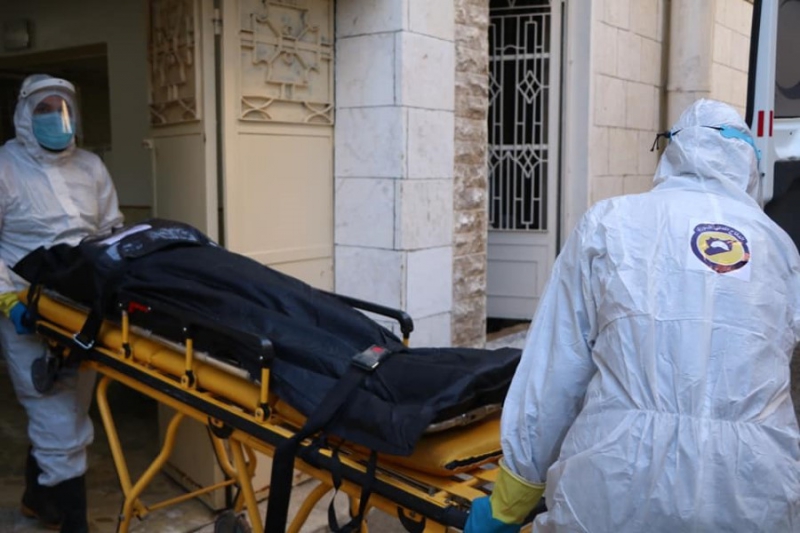 Various Syrian regions recorded 368 new infections and eight new deaths due to the coronavirus pandemic. The new positive cases were distributed as follows: 200 in the liberated areas in northern Syria, 74 in the regime-controlled areas, and 96 in the Syrian Democratic Forces (SDF)-controlled areas in the northeast of the country.

The epidemiological surveillance laboratory of the Early Warning Alert and Response Network (EWARN) Program in the Support Coordination Unit revealed 200 new coronavirus cases in the liberated areas in northern Syria.

The latest report issued by EWARN indicated that new infections were recorded among frontliners in health facilities, the displaced, and those who have been in contact with people who tested positive for the virus.

The Syrian Civil Defense said that the number of infections is rising dangerously with the weakening of the capabilities of the medical sector and its inability to accommodate all dangerous cases.

On Facebook, the Civil Defense called on civilians to adhere to wearing masks and to take all preventive measures because they greatly contribute to limiting the spread of the virus.

The Health Authority of the Autonomous Administration recorded 96 new cases, while precautionary and preventive measures are absent from its regions, and land transport with regime areas has not stopped, despite the infections and deaths being recorded frequently.

The total number of positive cases in SDF regions is 6,787 cases. New cases were distributed in the governorates of Raqqa, Deir ez-Zor, and Hassakeh in the regions of northeastern Syria.

The Health Authority in the SDF regions also updated the death toll, which reached 172 cases in the Autonomous Administration areas. Two deaths were recorded, and the total number of recoveries reached 984 cases, with four recoveries being added.

The regime’s Ministry of Health announced on Tuesday evening that 74 new cases had been recorded, in addition to five new deaths. The regime’s Minister of Health, Hassan al-Ghobash, said that the areas under regime control “have not reached the peak yet.”