Turkey has started preparations to withdraw from another observation post in Hama and move to a different location in Idleb reports Nadaa Syria. 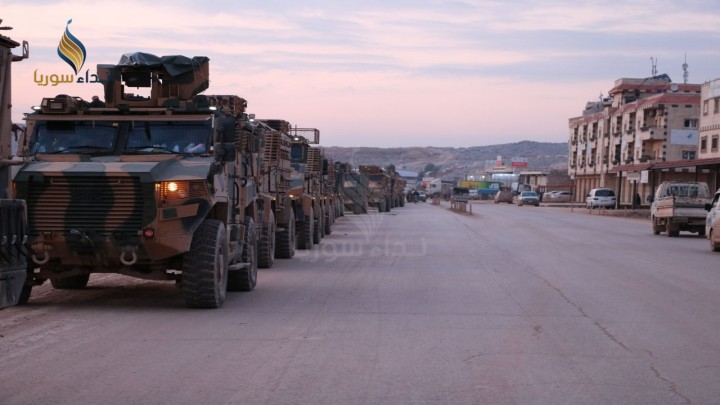 On Wednesday night, Turkish forces began preparing to withdraw from the western countryside of Hama and head towards the southern countryside of Idleb, as part of an evacuation operation affecting several posts in the Idleb region.

Nadaa Syria’s correspondent said that at midnight on Wednesday, the Turkish army started dismantling logistical equipment, hangars, and concrete blocks at the observation post located in the village of Shermagar.

It is likely that all the vehicles, equipment, and soldiers will be transferred from the aforementioned post to the newly established observation post in the village of Qafin, in the southern countryside of Idleb, to which a new convoy arrived this afternoon, carrying logistical and demolishing equipment.

According to exclusive sources, the Turkish forces are working to redeploy along the frontlines, and abandon the besieged posts.

On Oct. 20, 2020, the Turkish forces evacuated their observation post in the city of Morek, in the northern Hama countryside, and moved their equipment and soldiers to Qafin.