Turkish President Recep Tayyip Erdogan has warned about a possible new operation on the border, and accused the US of protecting terrorists writes Al-Masdar. 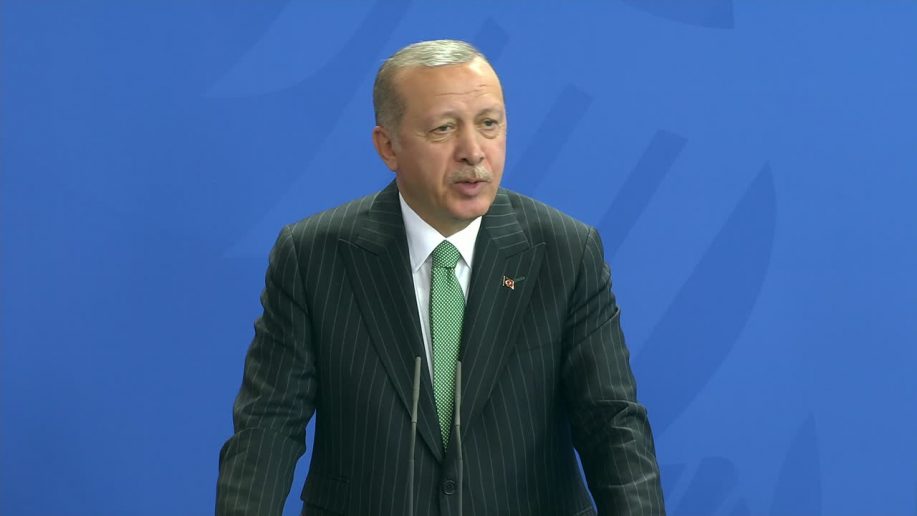 Turkish President Recep Tayyip Erdogan said that the Turkish Armed Forces may carry out a new operation in Syria if ‘terrorists’ do not move away from the Turkish border.

“The threats from Syria against our country continue, and recently the terrorists who were planning terrorist attacks on our lands have been neutralized,” Erdogan said in a parliamentary speech in Ankara on Wednesday.

“It is clear that the United States is trying to create a new war zone along the Syrian-Iraqi border. A harbinger of new tragedies,” he continued.

The Turkish President added that, “the Turkish Armed Forces are able to cleanse Syria of all terrorist organizations.”

According to the decision of the Turkish Parliament, the mandate to use the Turkish Armed Forces in Iraq and Syria was extended until October 2021.

Earlier, Turkish Defense Minister Hulusi Akar confirmed that the withdrawal of Turkish forces from the observation points located in the de-escalation zone in Idleb Governorate is unthinkable and non-negotiable.