The Kurdish-led administration blames the government for the spread of the pandemic because of the lack of movement restrictions, Shaam network says 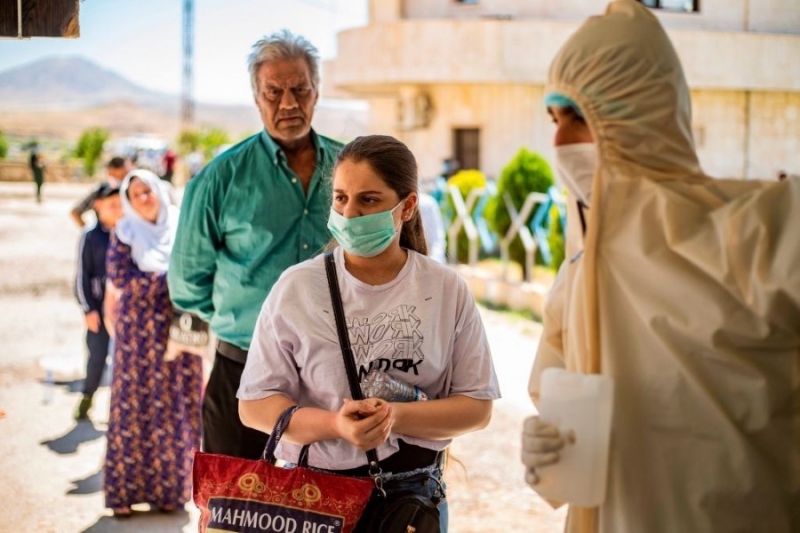 The Health Authority of the Autonomous Administration recorded 15 new coronavirus cases today, amidst an absence of precautionary and preventive measures. People kept on visiting regime areas, despite a high number of infections and deaths there, as 65 injuries and two deaths were recorded yesterday.

This brings the number of cases in areas under Syrian Democratic Forces (SDF) control to 704.

The 15 new cases were distributed as follows: four in Hassakeh, four in Qamishli, two in al-Malikiyah, two in Rumaylan, one case in Tell Tamer, and one in each of al-Darbasiyah and al-Maabadah within the areas under the Autonomous Administration.

According to the Health Authority, the death toll in the Autonomous Administration’s control areas is 42. The number of recoveries reached 212 cases after 14 new recoveries were recorded, according to the authority’s statement on Tuesday.

The announcement of new coronavirus cases by the Kurdish-led Autonomous Administration’s Health Authority has significantly increased. The first official announcement addressing the pandemic came through a press conference held by the head of the Health Authority, Joan Mustafa, in early May.

The Health Authority of the SDF held the Assad regime responsible for any case of coronavirus in the areas it controls in northeastern Syria due to its disregard, its failure to abide by the rules and procedures of prevention, and its continued freedom of movement in its areas under its control.

Air transportation continues between regime and SDF areas, with more flights announced recently. This comes amid an absence of preventive measures despite the escalating numbers of coronavirus cases and despite the Autonomous Administration’s announcement that it is closing its crossings while air travel with the regime is still ongoing. The Autonomous Administration has been repeatedly accusing the regime of being responsible for any infections in its areas of control.