Following a drone attack that hit the Hemeimeem Airbase, the Syrian army has used artillery and missiles to pound the defences of Hay'at Tahrir al-Sham and other jihadi groups reports Al-Masdar. 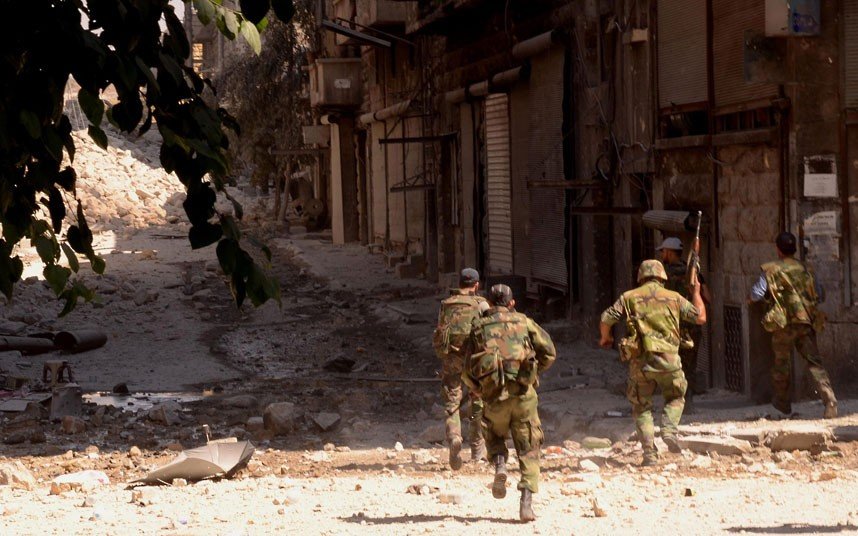 The Syrian army launched a heavy attack on the northern countryside of the Lattakia Governorate this weekend, targeting several sites under the control of the jihadist rebels.

According to a military report from Lattakia Governorate, the Syrian Arab Army and Republican Guard repeatedly struck the jihadist positions in the Jabal al-Akrad and Jabal al-Turkmen regions, using heavy artillery and missiles to weaken the militant’s defenses.

The attack by the Syrian Arab Army primarily targeted the jihadist rebels of the Turkestan Islamic Party and Hay’at Tahrir al-Sham, who the military blamed for the drone strikes on the coastal city of Jableh and Hemeimeem Airbase earlier this week.

This latest attack by the Syrian Arab Army also comes at a time when the Syrian army is building up its forces along the frontlines in the al-Ghaab Plain and Jabal al-Zawiya region.

These aforementioned regions in northwestern Syria are partially under the control of hardline groups like the Turkestan Islamic Party, Hurras al-Deen, and Hay’at Tahrir al-Sham.