The Syrian regime surrounded two families in the western Damascus countryside, arrested them and transferred them to a branch of the Air Force Intelligence writes Syria 24. 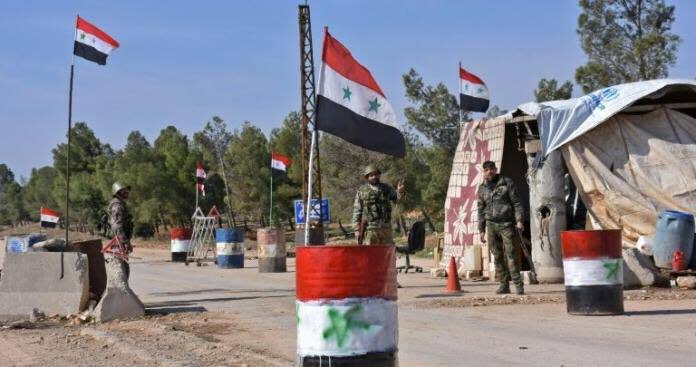 Regime forces and security agencies raided the town of Moadamyeh in the western Damascus countryside and arrested a number of civilians for unknown reasons.

Local sources said that forces from the Fourth Division and a number of security patrols surrounded two displaced families from the town of Kanakar in Moadamyeh.

They said that the regime forces arrested the two families, including women and children.

The prisoners were taken to the Air Force Intelligence branch in Damascus near the al-Mezzeh airport, where the intelligence released the women and children after about six hours, and kept the men.

The villages and towns of the Damascus countryside have seen repeated arrests and raids, most of them affecting young men with the aim of putting them into compulsory and reserve service.