A number of Syrian players, who played a match in China in December, exhibited symptoms identical to the coronavirus, although the regime has not confirmed their infection reports Zaman Al Wasl. 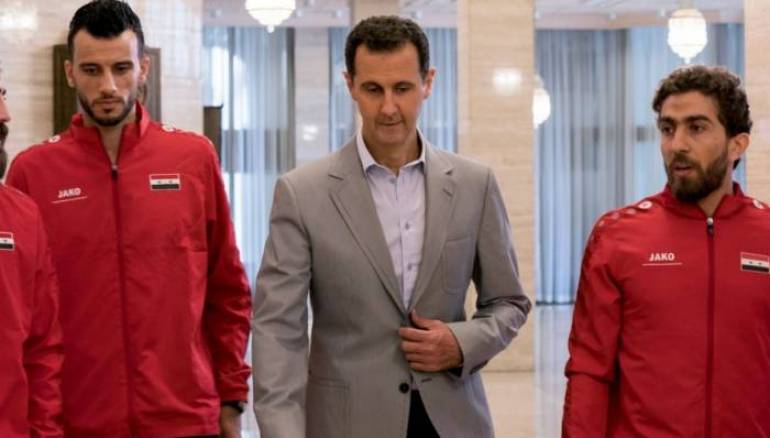 At least five Syrian football players suffered from coronavirus symptoms last December during their participation in the International China Friendly Tournament, held in Beijing, according to a report premiered in January.

At the time, doctors told the players that they had been infected with Type B Influenza but symptoms were identical to the coronavirus (COVID-19).

The report shows that the coronavirus pandemic had already been spreading in China for a while, since it is unlikely for it to spread so suddenly with the arrival of the national team.

Also, China hid from its people and from the entire world the spread of the virus across the country, at a great human and economic cost, causing an unprecedented wave of panic around the world.

Most importantly, the players had possibly infected thousands of Syrians after their return to Syria.

Nearly 374,000 people have now been confirmed with the coronavirus globally, and while at least 101,400 people have recovered from COVID-19, more than 16,320 have died, according to data from WorldOMeter.

On Sunday, the Syrian regime confirmed its first case of the coronavirus after weeks of rejecting opposition allegations that the disease had already reached a country with a wrecked health system and thousands of Iranian-backed militias and Shi’ite pilgrims, according to Reuters.

Health Minister Nizar al-Yaziji told regime-run media “necessary measures” had been taken regarding the 20-year-old woman, who he said would be quarantined for 14 days and given medical attention.

There have been unconfirmed reports in recent weeks of coronavirus cases in Syria, whose health system, housing and infrastructure have been ravaged by nine years of civil war, but the authorities have denied any outbreak or cover-up.

The Syrian regime announced a ban on public transport on Sunday as it stepped up a lockdown introduced in recent days, including the closure of schools, parks, restaurants and various public institutions, as well as calling off army conscription.

Bashar al-Assad issued a prisoner amnesty on Sunday, according to state media, which said it was a move to relieve congestion that risked the spread of the virus.