Construction has finished on a new prison in Homs province, which consists of eight new prison blocks reports Zaman al-Wasl. 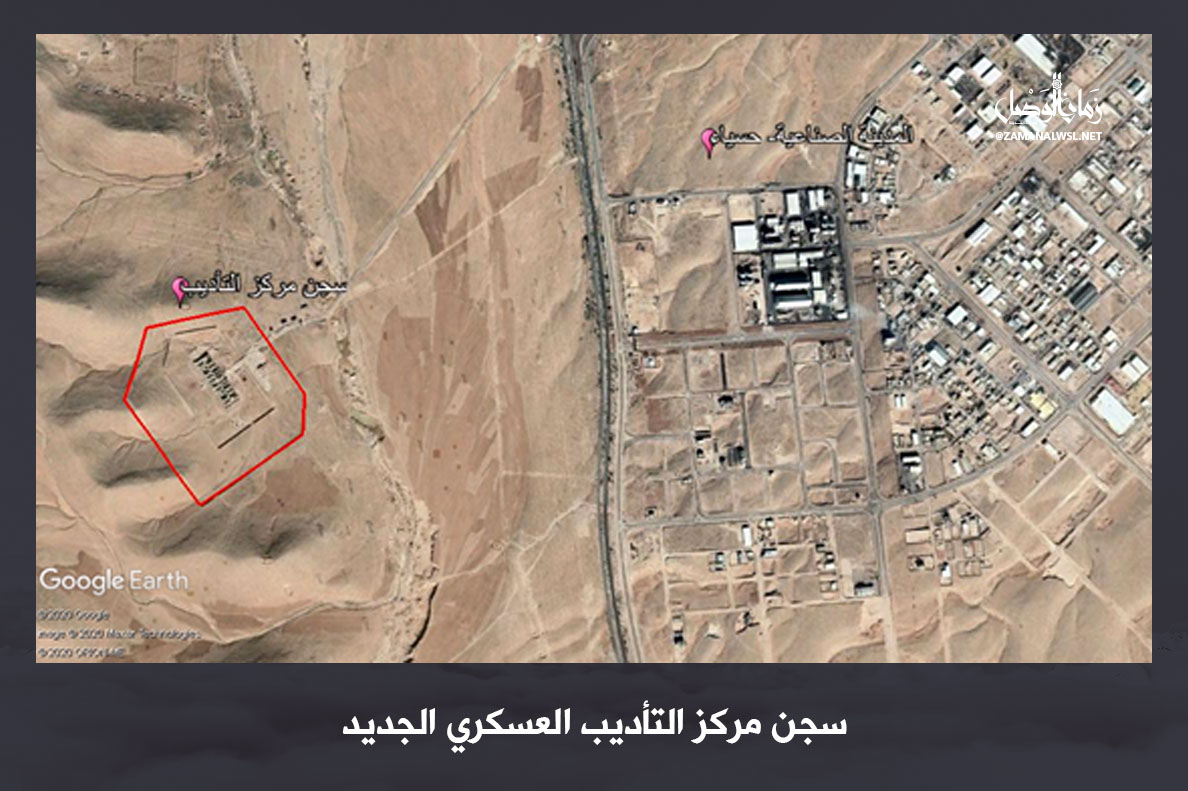 The so-called the Military Disciplinary Center is located on the western side of the Homs-Damascus highway, just across from the industrial district of Hassia.

The main section was completed in 2011, and although its interior was ready, construction stopped with the outbreak of the revolution.

The regime had officially assigned a company of the 812th Battalion of the 67th Brigade, 11th Division, to protect the prison, switching the company shifts every three months.

According to satellite images obtained by Zaman al-Wasl, the prison is surrounded by three concrete walls, each about six meters high. Its overall area is 505,000 square meters.

The main prison block is divided into two symmetrical sections. Each sections has eight blocks and each block consists of three floors. The prison also includes a separate three-storey administrative building, with an area of 4,500 square meters, located between the outer wall and the central wall, and which was completed in the past two months.

Earlier this month, the regime appeared to have started transferring some military prisoners from Sednaya prison and other prisons to this prison.