A Syrian child has been born on the border between Turkey and Greece, and his father has promised to try and make the crossing into Europe reports Al-Araby Al-Jadeed. 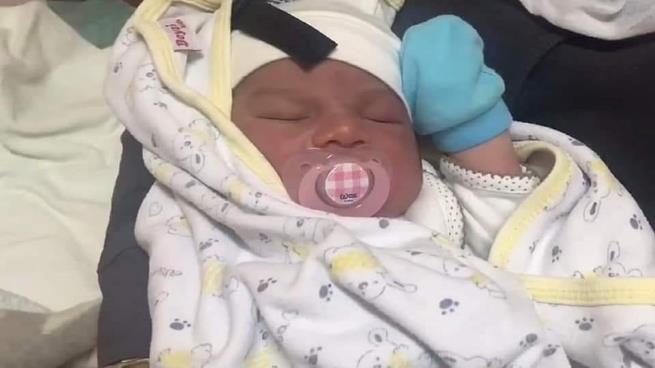 On Sunday evening, the first Syrian child was born in Edirne, on the Turkish-Greek border, to parents waiting to be able to sneak through the forests and into Greece, after crossing the Meriç Nehri River between Turkey and Greece.

The journalist Muhammad Kreimesh told Al-Araby Al-Jadeed: “We heard the pregnant mother’s cry on Sunday evening, and then we called the ambulance, which arrived at the Kole Bazaar camp, which includes refugees waiting to leave. The mother who gave birth in the state hospital was transferred.” Kreimesh said that the Syrian was born to a family from the Damascus countryside, and that the father confirmed that he would try to cross again on Tuesday, after his wife was discharged from the hospital.

There are many newborn children among the families waiting at the border. The number of Syrians among immigration seekers is also no more than five percent of the waiting migrants; most of them are Afghans (more than half), Iranians, Iraqis and expatriates from the Arab Maghreb countries.

The services at the Kole Bazaar crossing are very good, but the large number of migrants—5,000—since Turkey announced the opening of the border ten days ago has caused confusion and congestion, especially when food relief cars arrive, as well as facing the “brutality” of the Greek police.