A Syrian man who was displaced with his family has offered to sell his kidney, in exchange for enough money to buy a tent reports Brocar Press. 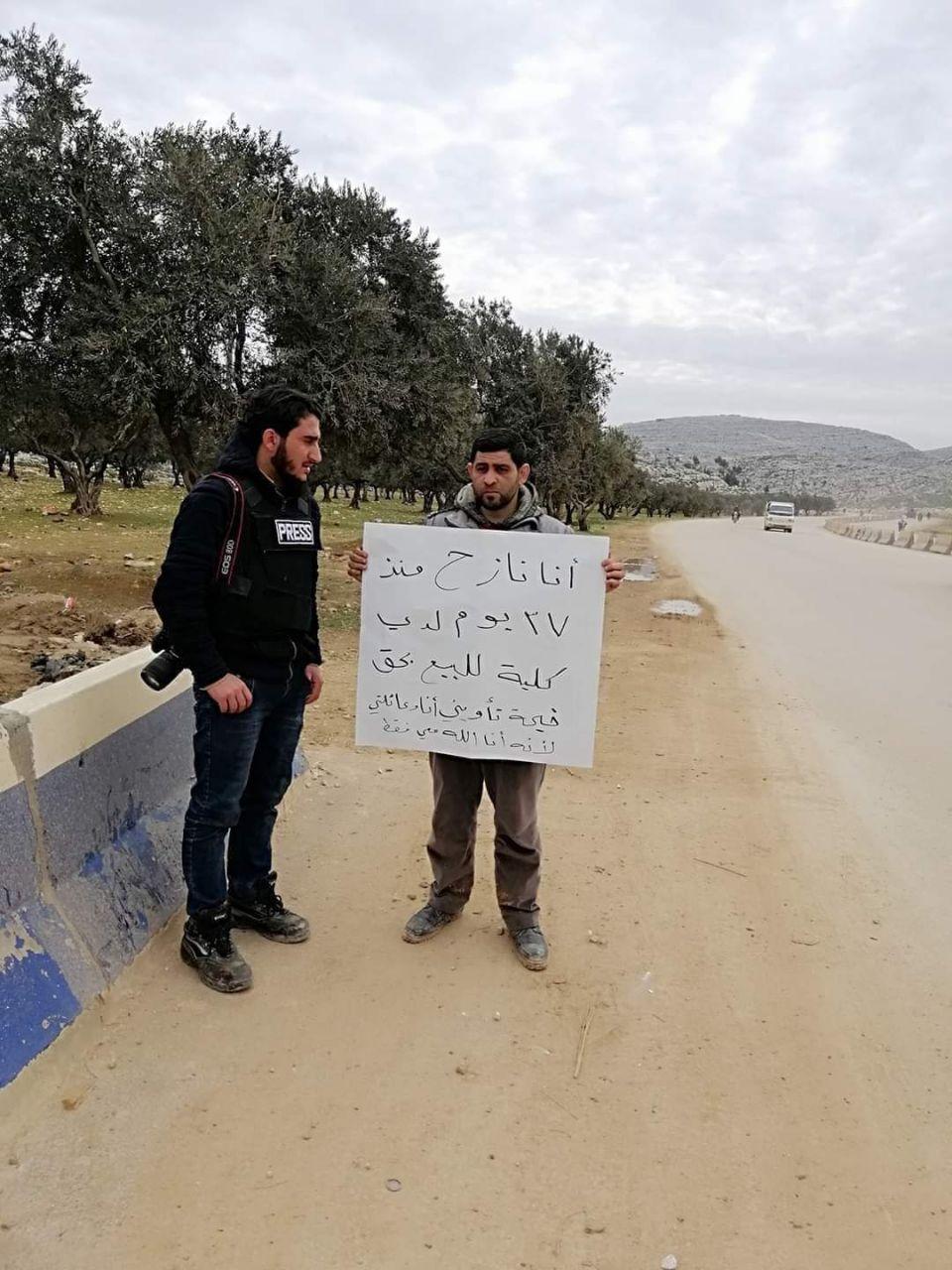 A Syrian displaced person has put his kidney up for sale in exchange for the price of a tent to shelter his family in Idleb, which is witnessing unprecedented overcrowding from the sheer number of displaced people from across Syria.

Activists on social media exchanged images of the displaced Syrian carrying a sign on which was written: “I have a kidney for sale for the price of a tent to shelter me and my family. Only God is with me.”

Brocar Press’s correspondent in Idleb said that the image was taken on Monday in Bab al-Hawa on the Turkish-Syrian border and that the young man was from among the newly-displaced coming from the town of Anjara in the western Idleb countryside, which was recently taken by regime forces and Iranian militias.

The young man did not provide contact details, but Brocar Press learned from sources close to him that humanitarian organizations have provided him with shelter.

The massive waves of displacement to the Syrian-Turkish border are continuing with the pace of attacks by the Syrian regime and its allies to take control of the area.

The Under-Secretary-General for Humanitarian Affairs and Emergency Relief Coordinator, Mark Lowcock, warned that the continuing attacks by the Syrian regime and its allies could cause one of the worst humanitarian disasters of the 21st Century.

Lowcock said that there was no longer any safe place in Idleb, with “babies and other young children dying in the cold” in this area, in which more than three million displaced people from different parts of Syria live.

Meanwhile the population density in Idleb is bigger than most world capitals, Lowcock said, adding that, “there are reports about the Syrian regime and its allies bombing 16 residential areas in Idleb and four residential areas west of Aleppo,” according to Anadolu agency on Saturday.