Syrian members of parliament lashed out at Nabil Saleh for a post he put on Facebook, which criticized Islam and the resumption of relations with Hamas writes Al-Watan. 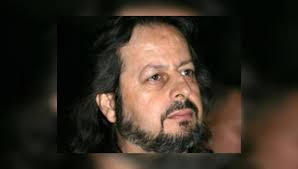 A large number of MPs representing the Baath Party in parliament launched a fierce attack on their colleague, Nabil Saleh, after a post on his personal Facebook page in which he insulted the Islamic religion and the Baath Party and accused some leaders of Islamizing the party. Many MPs directed sharp words at Saleh, reprimanding him.

Saleh asked that he be given time in a future session to clarify the post that caused the stir, but the Speaker of Parliament, Hammouda Sabbagh, insisted that he respond during that day’s session so that the parliament’s time was not wasted. Saleh rejected this, and the session was adjourned without him responding or apologizing, as many members had requested he do.

In a Facebook post, Saleh had criticized the restoration of relations between Syria and Hamas, as well as the extension of the Islamic youth and women’s movements, and the involvement of the Ministry of Religious Endowments in state institutions.

MP Maher Mouwakeh said: “We cannot accuse any religion of the extremism or anomalies that have nothing to do with this religion, but which rather affix to it.” He added that: “In this parliament, we have full freedom of discussion, but if there are accusations against the Islamic religion and religious institutions that have no relation to the substance of this religion, I think this is bad for us as a parliament and as a society.”

His colleague Ali al-Sheikh said that the MP should take care to preserve his prestige and to show the necessary respect to state institutions, adding that the rules of procedure stipulate that an MP cannot commit acts inside or outside the parliament that constitute a violation of the moral and social values of Syrian society.

Sheikh believed that what his colleague Saleh had written was an absurd intervention in the affairs of the party, the beliefs of Syrians and the national institutions overseeing religious affairs as represented by the Ministry of Religious Endowments, which deserves full esteem and respect. He added: “Therefore I call on my colleague to apologize and to take the necessary steps to prevent this situation from repeating itself.”

The MP Alan Bakr said that what Saleh had published crossed red lines. He added: “We all retain the right to express our opinions and the freedom of political action, but in accordance with the rules and tenets of the constitution, which is the Syrian state’s method.”

Bakr added: “We cannot be silent about those seeking to gather “likes” on Facebook under the cover of freedom of expression, and we cannot allow insults to a venerable party that has confronted existential threats to Syria.” He continued: “He who allows himself to intervene in the party’s affairs, will be the first to learn the ABCs of politics and abide by their limits.

Bakr asked: “Who told my colleague that moves had been made to restore relations with Hamas? Does he want to install himself in the state’s place?” He added: “Today we see behavior that we cannot be silent about. We would hope that our colleague would ask us a question before spreading his poison on social media.”

Christian MP Tony Hanna said that he was surprised that a parliament member would use a platform outside the parliament to attack religion, whether that be Islamic or Christian, and stressed the need to activate the parliament’s rules of procedure with regards to member’s behavior, and called on Saleh to apologize.

The MP Saleh asked for a period to be given to respond to the criticism, saying: “The attack against me has continued for two and a half hours, and I ask for a day to respond to all the interventions to show that we are still working in a democratic parliament, noting that what I published on my page and my position was supported by thousands of Syrians.”

Sabbagh responded: “We are currently in a session. If you’d like to respond now, you have the right to do so now. Tomorrow we have a specific agenda.” Saleh responded: “I should defend myself against everything that’s been said. If you want to try me in absentia, then do it.”

The parliament speaker said that the time was available for him to respond in the session, but Saleh insisted that they give him more time. Sabbagh ended the session without Saleh apologizing or responding to the comments.