A Syrian-Kurdish commander has said that the proposed safe zone could include Jarablus, Manbij, Aziz, Tel Rifaat and even Afrin reports Basnews. 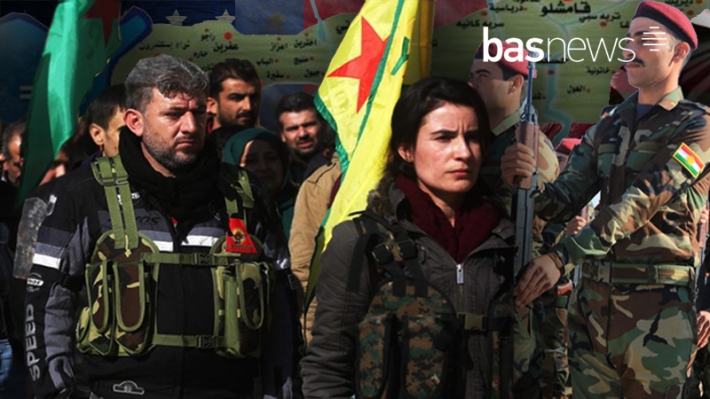 On Wednesday, a Syrian-Kurdish commander revealed new details about the safe zone planned to be established in western Kurdistan (Syrian Kurdistan), saying that it could be expanded to include the area west of the Euphrates, currently under the command of the Turkish army.

Abdel Rahman Abo, a commander in the Kurdistani Democratic Party-Syria, told Basnews: “There are a number of scenarios on the table with regards to the safe zone, and recently there has been a view towards expanding this area to include the western portion of the Euphrates (Jarablus, Manbij, Aziz, Tel Rifaat and even Afrin).”

Abo added that, “the safe zone proposal has become a reality, but there is a dispute over the areas it will encompass and the regional and international forces that will participate in it.” He added, “But there is an agreement around two forces—the Syrian Democratic Forces (of which the People’s Protection Units are the core) after binding conditions, and the Rojava Peshmerga (Syrian Kurdish Peshmerga), will administer this area.”

The Kurdish commander said that, “the view of the Kurdish National Council in Syria is that the safe zone should be under international supervision and protection.”

With regards to the fate of the town of Tel Rifaat and the neighboring areas, which are under the control of the YPG and Russia, Abo said that, “these areas are subject to swaps and bargaining, and will be part of the American-Turkish influence area in the near future.”

The Syrian-Kurdish commander continued, saying: “In practice, all of Syria is subject to bargaining and in the end the arrangements will be in accordance with the system of stewardship and influence of regional and international powers.”

A Kurdish source previously told Basnews in May that, “after three days of negotiations, the YPG and Russian forces reached a deal to establish three observation points in the town of Tel Rifaat and to deploy joint patrols in the areas of contact with Turkish forces in Azaz in northern Aleppo.”

The source added that, “Russia will not give up Tel Rifaat and the surrounding areas under the control of the YPG to the benefit of Turkey, without something in exchange.”

The Turkish Defense Ministry said in March that Turkish and Russian forces had carried out the first “independent and coordinated” patrols in the Tel Rifaat area before news on Apr. 10, 2019, about Russians withdrawing from Tel Rifaat.