Syrian businessmen are taking advantage of the large amount of scrap metal in the country and the high price it garners on the market reports Asharq al-Awsat. 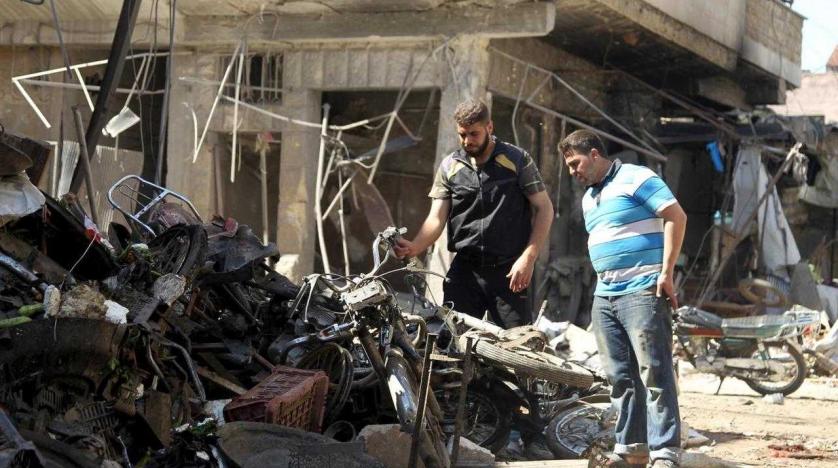 Syria has been witnessing a growing rivalry among wealthy pro-regime businessmen to share the spoils of war by buying and re-manufacturing iron scrap collected from devastated areas that were regained by regime forces.

The Syrian army has been able to recover many areas, which fell under the control of the armed opposition factions, ISIS or Al-Nusra Front, after fierce battles caused the near complete destruction of many cities, as in the eastern neighborhoods of Aleppo (North), the old city of Homs (central), Daraya in Rif Dimashq (Damascus countryside province), and Yarmouk refugee camp south of Damascus.

Well-informed sources told Asharq Al-Awsat that officers, who had led military operations to regain areas falling under the control of armed factions, agreed on a division of shares by installing themselves as de facto rulers of self-drawn sectors.

The sources pointed out that laborers and military personnel were working to dismantle doors and windows and to remove iron bars from destroyed roofs, under the army’s supervision and the officers’ orders.

“The government has turned a blind eye to the sale of scrap metal by those who control these areas, including officers and pro-regime militiamen,” the sources remarked. “It is as simple as that.”

They said that the iron was exclusively sold to Damascus-based Hamsho International. They refrained, however, from mentioning the amounts of metal that is collected daily and sold to the company.

According to eyewitnesses who spoke to Asharq Al-Awsat, dozens of trucks loaded with iron scrap have crossed on a daily basis the eastern neighborhoods of Aleppo towards the south of the country.

During the war, the price of a ton of high-tensile iron used in construction increased from 45,000 Syrian Liras in 2010 to 340,000 Liras presently (1$=535 Syrian Liras), due to the suspension of work at a number of iron factories.

In December 2015, Prime Minister Wael Al-Halaki issued a decree establishing the Syrian Council for Metals and Steel, headed by Hamsho, and appointing a board of directors of 17 members.