Many of those attempting to escape the fighting have been forced to wait outside in the cold as the SDF checks and confirms their identity reports Asharq al-Awsat. 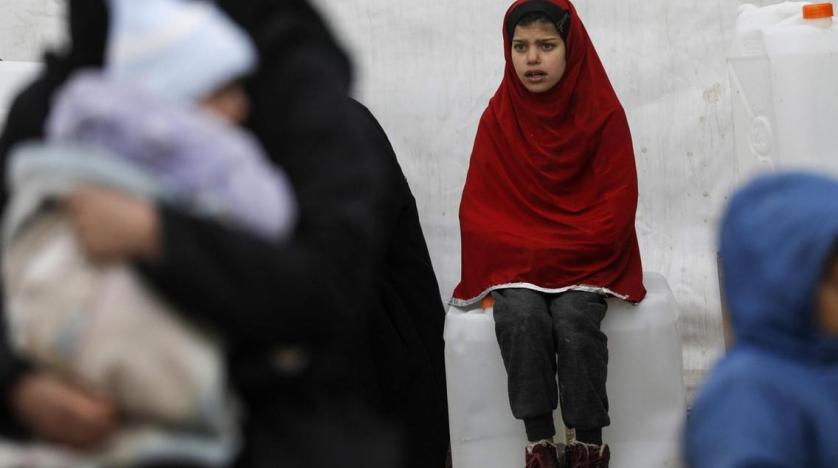 The cold has killed close to 30 children who were among the civilians fleeing the last militant pocket in eastern Syria over the last two months, the United Nations said Thursday.

The World Health Organization (WHO) said it was extremely concerned by the conditions for those who make it to al-Hol, where the main camp lies for people displaced by the fighting against the Islamic State (ISIS).

“At least 29 children and newborns are reported to have died over the past eight weeks, mainly from hypothermia, while traveling to the camp or shortly after arrival,” the WHO said in a statement.

It said about “23,000 people, mainly women and children fleeing hostilities in rural areas of neighboring Deir ez-Zor,” had reached the camp over that period.

Kurdish and local Arab tribes backed by a US-led coalition are battling the last shreds of ISIS, near the town of Hajin in the Euphrates River valley.

“Many of them have walked or traveled in open trucks for several days and nights in bitterly cold winter weather,” the WHO said.

It explained that the displaced were often delayed for hours in the open countryside, while Syrian Democratic Forces screened them to look for jihadists trying to blend in.

“The situation in the camp is now critical. Its population has tripled in size (from 10,000 to almost 33,000 people) in less than two months.”