The campaign's $2.5 million budget will be used to serve food security, health, infrastructure and education sectors 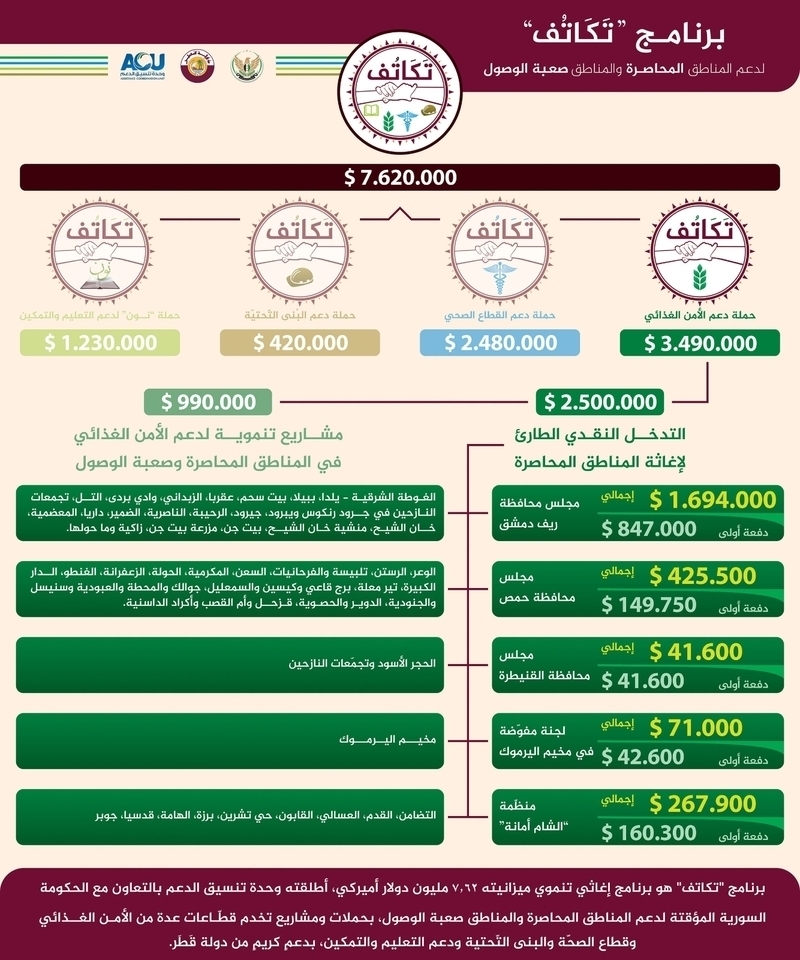 The Assistance Coordination Unit and the Syrian Interim Government have delivered the first installment of cash to local partners in besieged areas to provide relief to their regions.

The local partners have begun preparations of food rations and milk for children, to be distributed to people in the besieged areas in the neighborhoods of Damascus and its countryside, and some regions in the besieged city of Homs.

The same partners will be working on the second phase of the emergency relief’s distribution after a second installment of funding, following success in documenting the first phase and in delivering the shares to the beneficiaries.

Children's milk was also distributed according to its availability, to cover the needs of children of different ages. The distribution will depend on the available lists of names provided by the local partners, with the lists updated during the distribution phase of this first stage.

This emergency intervention campaign comes as part of the "Supporting Food Security" campaign for which the Takatuf (solidarity) program allocated $3.49 million of its total budget.

The campaign is dedicated exclusively to areas under siege as an emergency response to the deterioration of life conditions in the areas besieged by the regime, imposing its "Hunger or Kneel” policy in order to break people’s will.

The Takatuf program is a relief and development program with a budget of $7.62 million, launched by the Assistance Coordination Unit in cooperation with the Syrian Interim Government to support besieged and difficult-to-access areas with campaigns and projects that serve food security, health, infrastructure and education sectors. The program receives generous support from Qatar.