Although widely supported amongst the Syrian Christian community prior to the revolution, Assad regime forces purportedly tortured Christians inside security facilities, NGO says 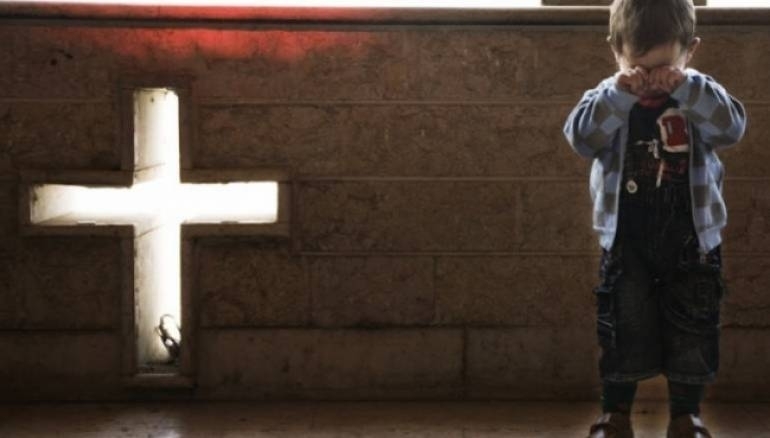 At least three detainees belonging to Syria's minority Christian community were identified among leaked mass torture photos, according to the Syrian Association for the Missing and Conscience Detainees.

The Syrian Christian community, with a population nearing 1.75 million, has faced growing violence since the uprising erupted in March 2011. But mass torture photos inside Syrian regime's security chambers have revealed the gruesome revenge upon Christians who supported the Syrian revolution.

For decades, the Assad dynasty has presented itself as a protector of minorities. But the Syrian conflict revealed the real face of such assertions, activists say.

The “Crime of The Century’ photos are linked to a war crimes report published last year by a team of internationally recognized prosecutors and forensic experts.

According to report, in 2012 the first Christian Free Syrian Army unit formed, even though the Assad government had the reluctant support of the majority of the country's Christians. By 2013, an increasing number of Christians favored the opposition. In 2014, the predominantly Christian Syriac Military Council formed an alliance with the FSA, and other Syrian Christian militias such as the Sutoro had joined the Syrian opposition.

The photos of mass torture had been taken by Syrian security services between 2011 and mid-2013 in the notorious 601 military hospital in the Mezzah neighborhood, Damascus. The photos show countless bodies with signs of starvation, brutal beating, strangulation and other forms of torture and killing.

The Syrian Network for Human Rights, in a report issued last September, said at least 215,000 people have been arrested by Syrian security services since the revolution erupted in March 2011 – 4,500 of them women, with 9,000 under 18 years of age.

According to the report, 2,630 detainees were tortured to death, with 70,000 cases documented as ‘forced disappearance’.