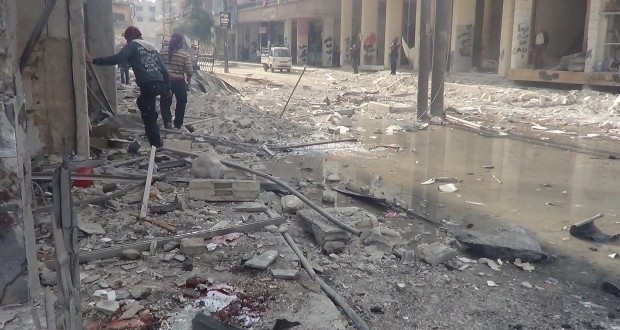 Syrian regime forces shut down the only crossing that leads to the besieged city of Muaddamiyat ash-Sham in western Ghouta following clashes with opposition forces over the past two days.

In a press statement, sources from within the city said: "clashes broke out when a man was killed and several others were injured by a sniper stationed on the roof of a residential building on the outskirts of the city, in the eastern district where pro-regime families live. As a result, violent clashes broke out between the two parties. Consequently, regime forces closed the crossing completely".

"Regime forces have prevented the entry of any food to the city now, even though very little food was allowed to enter the city previously", activists said.

Regime forces are known to violate the ceasefire with opposition forces in the city from time to time.