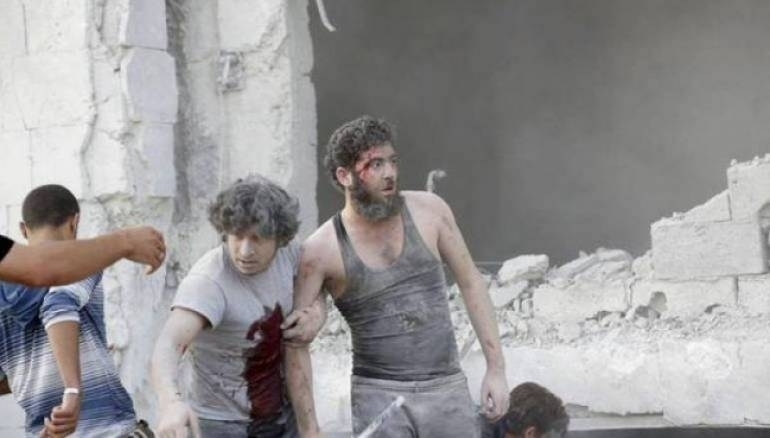 Syrian regime air strikes killed 12 people and wounded dozens others across the northern province of Aleppo on Wednesday, activists reported.

At least eight people, including three children, from the town of Darret Ezzat town lost their lives after four vacuum missiles struck their neighborhood.

Regime barrel bombs attacks also killed four children and one women in the village of Nadef in the eastern countryside of the war-torn province.

Further raids were carried out in Aleppo’s southern countryside, targeting Shwailiekh, Qasis and Abu Sousa, with one woman reportedly killed.

The city of Aleppo is divided between the Syrian military, backed by pro-regime militia, and a range of insurgent groups including Al-Qaeda's Nusra Front, Islamist brigades and Western-backed rebels.