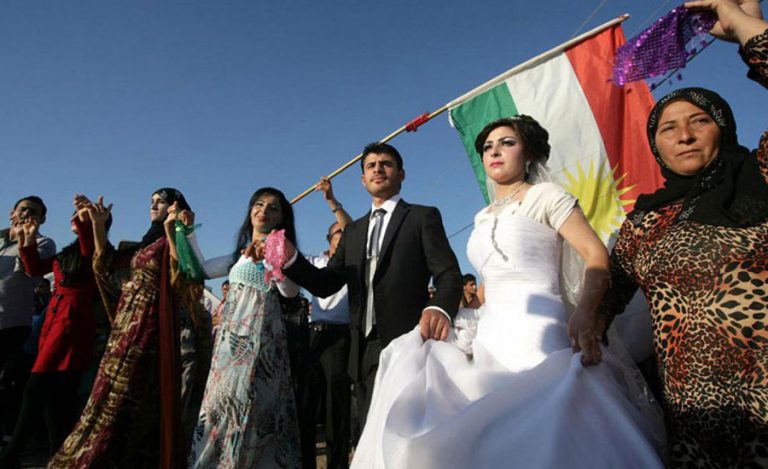 The story of Ziran Mahou, a man in his 30s from the city of Qamishli, has occupied a great deal of space on the Syrian street over the last few days, after he was arrested for polygamy by the Kurdish Self-Administration's Asayish forces in the city.

A local court sentenced Mahou to prison for one year with a fine of 500,000 Syrian pounds, while he was also forced to divorce his second wife.

In January 2014, the Self-Administration of Al-Jazira canton issued a law which called for “equality between men and women in all aspects of social and political life,” and prevented polygamy, honor killings, unilateral divorce and marriage dowries, and allowed women to occupy all political positions.

While preparing this report, Enab Baladi obtained information from sources inside Qamishli indicating that a young man had been arrested during his wedding ceremony by Asayish forces, also under charges of marrying a second woman.

The sources said that the Self-Administration had begun to implement penalties for these offenses in all areas under its control in Syria’s northeast.

The laws also prevent marrying a woman without her consent or if she is a minor. Mayada Ahmad, an official in the legal office of the Qamishli municipality, said that the punishment for marrying a girl without her consent was set at imprisonment from one to three months, along with a fine of between 50,000 to 100,000 Syrian pounds, paid by the man.