Many properties and areas in southern Damascus are being taken over by Iran, and residents fear the model of Beirut is being replicated reports Baladi News. 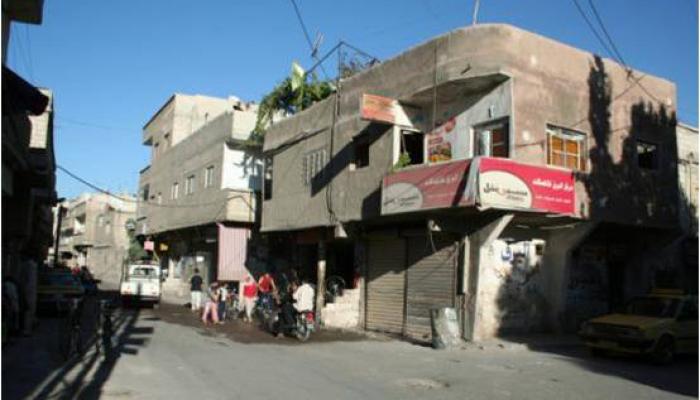 While the regime talks about the return of the displaced to southern Damascus, it continues to complicate matters.

The regime requires that the ownership of the house be proven with a document (called the green tabu), in addition to the fact that the house should be intact and the person wishing to return must obtain all the necessary security approvals.

Civil activist and former director of al-Hajar al-Aswad School, Mahmoud Mohammad, told Baladi News, “The majority of the inhabitants of this area are displaced from the occupied Golan or are Palestinians who are not in possession of the required papers. Their homes — owned by the state — were obtained as a result of their displacement from the Golan, in the exception of the few who originally inhabited that land.”

Mohammad added, “They say that the regime will allow the return of the displaced. We were not allowed to be the owners of these homes. As for the necessary security approvals, I do not think anyone would willingly take steps to obtain them”

Journalist Thaer al-Majarihi believes that the Iranians are working on a structured plan to control this strategic area of ​​Damascus. Majarihi said, “Iran and its militias have seized a large number of houses in the al-Hujaira, Set Zaynab, and Az-Zyabeyeh area, and have stationed their militias there, especially Afghans, Iraqis, and a large number of the townspeople of al-Fu’ah, who are affiliated with the Iranian militia.”

Majarihi added, “They prevented the people of the region from returning to it, and there have been some cases of return of those who are completely loyal to the Assad regime. The houses where a person wanted by the regime resides were seized for militia members to live in. Relatives of those families were not allowed to return to their homes, not to mention the spread of sectarian slogans in all the areas whose inhabitants have been displaced and the demographic identity changed, which is what we are witnessing in al-Hujaira, Set Zaynab, and Az-Zyabeyeh areas.”

The process of demographic change began, according to Majarihi, in 2016, when companies and middlemen working for Iranians started paying huge sums to buy homes in the south, especially the Set Zaynab and Babbila areas, as they were not subjected to major damage. Today, those companies, and as a result of the financial hardship of the Syrians, are paying low prices for the homes.

What is more, Majarihi said that after the displacement wave that took over the city of al-Hajar al-Aswad and the Yarmouk Camp, a large number of people from the two regions fled and settled in the neighboring villages and towns, Yalda and Babbila, and after the war ended, the Assad regime evacuated the displaced from their homes and left them to fend for themselves. The plan was to empty the houses and use them at a later stage, which is what they did.

An informed source from Damascus, who preferred to remain anonymous for security reasons, explained to Baladi News that the strategy pursued by the al-Wali al-Faqih in Damascus, is similar to the way Iranian militias in Beirut control Lebanon; where they concentrate their control on the southern regions of the capital. The same is being done in Syria at the moment. According to the source, “It seems that the decision-making circles within the Iranian Revolutionary Guards militia are working to reproduce the Lebanese model in southern Damascus, which has become evident during the last few months.”

The source added, “The Mullahs’ regime is working to control the area from the town of Aqraba on the airport road in the east to the al-Qadam highway in the west and Najha in the south, which is the area known as south of Damascus, which includes the towns of Aqraba, Basateen Babbila, al-Hujaira, Set Zaynab, al-Diyabiya, Yarmouk Camp, Hajar al-Aswad, and al-Kadam, up to the al-Sabinah area in the south, which means the Iranian militias would completely surround southern Damascus.

On the other hand, an exclusive source told Nedaa Syria that the Iranian Revolutionary Guard intervened directly and asked to change the name of the Shrine of Set Zeynab area south of Damascus, known as Set Zaynab, to The City of Set Zaynab (Peace be upon her).”

The source said that the Assad regime agreed to the change and replaced the name in official and civil transactions as well as transportation to the new name imposed by Iran.